Retired Texas Ranger Tommy Ratliff, current candidate for Hays County Sheriff sent out a mass email inviting members of the press and public to attend a press conference where he planned to “reveal criminal allegations regarding Sheriff Gary Cutler. When asked about the allegations, Ratliff stated in his email, “As a retired Texas Ranger and a former County Sheriff, I have personally investigated and put men behind bars for far less.”

Today, January 14, at the press conference at 10:00 am, on the steps of the Hays County Historic Courthouse, Ratliff described an alleged “family violence issue” taking place in February of 2014, between an unnamed former Hays County Internal Affairs officer, IAO’s own daughter and son-in-law to which Cutler was supposedly witness to.

The unnamed IA officer’s son-in-law “was assaulted by his wife, and received a concussion.”

Ratliff accused Cutler of “obstruction of justice” by not making an arrest of the former IA officer who threatened his son-in-law nor filing charges against the IA officer’s daughter who allegedly struck her husband upside the head.

According to Ratliff, the husband reportedly attempted to file charges with the Sheriffs’s office and was “shown the door”.

Ratliff accused Cutler of “conspiring to obstruct justice” by lack of charges filed in this incident.

Ratliff’s source remains anonymous, with Ratliff praising the sources “conscience”.  Repeatedly waving an unmarked manila envelope during his speech, Ratliff did not make his evidence available today, instead giving direction to all interested parties to sign up on a list for the documents to be delivered sometime in the future.

Ratliff began his speech stating “I don’t want there to be any misunderstanding about why we’re here today. I am not here today to talk and tout my candidacy, I am not here to say that I’m the better candidate or that I can run the Sheriff’s office better than Gary Cutler and his people are running.”

When Corridor News asked, “you say it’s not politics, why choose this timing” to divulge this information, Ratliff replied “I am running for Sheriff of Hays County, and I feel the citizens of this county need a choice.”

Tray Allen: This is a joke. Let’s not forget about this gem from Mr. Ratliff’s past where he allegedly assaulted his wife while he WAS a Texas Ranger and was transferred from the panhandle down to desk duty in Austin because of the incident.  Unlike his empty folder he his holding with his “allegations” of a cover up, there are a lot of documents thoroughly documenting his ‘incident” where his wife sustained a broken collar bone and concussion.
http://smmercury.com/2012/04/13/uncovered-documents-cast-doubt-on-ratliffs-assault-denial/
The original documents can be found on the Mercury site.  Here are portions…..
“Tommy grabbed me, picking me up off the floor and throwing me to the ground. I landed on my left hip and left shoulder, strking the left parital region of my head on the floor. I ‘saw stars,’ so to speak,” Harral, a physician, wrote in her statement. She fled to her medical practice and locked herself inside before visiting a friend later and recounting the story.
The next day she was vomiting and unable to see patients. She went to the hospital, where she was treated by an emergency room doctor for what she told him was a horseback riding injury, according to witness statements included in the DPS documents. They took X-rays that showed she had a fractured clavicle and mild concussion, the statements say.
After the allegations were made in October 2010, the Mercury requested Ratliff’s personnel files under the Texas Public Information Act but was rebuffed by a DPS attorney who invoked a section of the states’ local government code that says “the personnel records of a commissioned officer of the department may not be disclosed or otherwise made available to the public.”
Now internal Texas Department of Public Safety documents, obtained this week by the Mercury, suggest that Ratliff’s chain of command thought Harral’s account, and those of other contemporary witnesses, were credible enough that they transferred the Ranger to desk duty in Austin, put him on disciplinary probation and upheld the punishment against his appeal.
In one internal memo dated December 16, 1988, Casteel wrote Ratliff that, “You fail to present evidence to convince me that the injuries caused to your wife were not committed by you.” And upholding his discipline two months later, DPS’s then-director Joe Milner writes, “I have decided there is no compelling reason for me to overturn the classification of ‘sustained.’”
After initially denying to Casteel and a DPS sergeant that he had thrown Harral to the floor, Ratliff told them later the same day that “he realized that what he had done to Ann was wrong and whatever we needed to do, just go ahead,” Casteel wrote in a summary of his investigation dated October 10, 1988.
“The relationship that a Ranger has with the law enforcement community and other people that he works with must be untarnished for the Ranger to be effective in his duty station,” Casteel wrote in a memo recommending Ratliff’s transfer to Austin. “Given this situation, the writer is convinced that Ranger Ratliff’s reputation has been severely damaged and he cannot effectively perform the duties of a Texas Ranger in Pampa, Texas. I have a belief that his actions have brought discredit to the Department of Public Safety.”
The documents arrived unexpectedly by U.S. mail in an envelope without a return address and a postmark smudged so badly it can’t be read. The letter inside says the documents were sent by a domestic abuse victim who doesn’t want to see Ratliff return to the sheriff’s office.

Mark Smith: The real joke is that it’s the same people who are always behind these rumor mills which start the mud slinging.
This seems to be a continuation of the mud slinging which started a few years back when Cutler was running and Wally Kinney publicly attacked Ratfliff. Guess Ratliff didn’t forget and prolly wasn’t too happy when he heard the local Sheriff’s Office didn’t seem to think spousal abuse was such a big deal when it happened to one of their own.
Funny how a majority of the rumors that circle around during election time always end up pointing back to the same source, and sad that it’s a common political tactic. 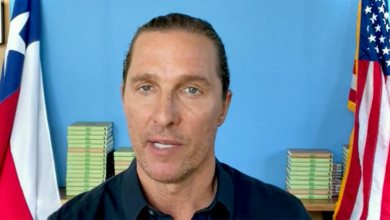 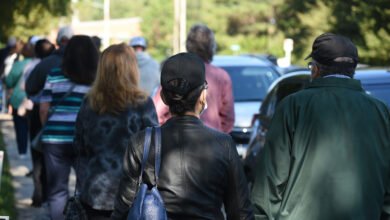 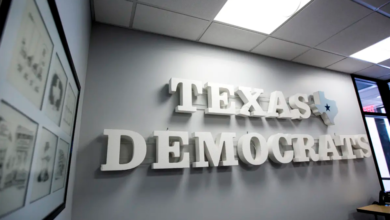 Texas Democrats rely on voters of color to be competitive. So why are their top statewide candidates mostly white? 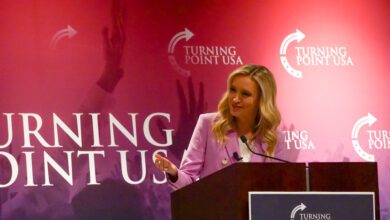