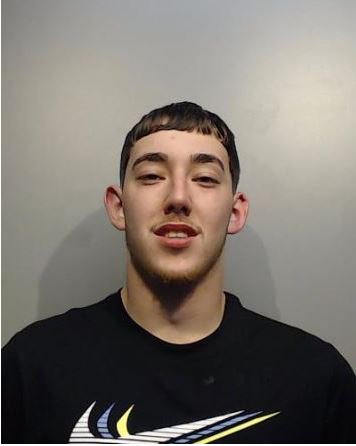 As the investigation developed, a search warrant was obtained and executed for a motel room in Austin, Texas.

Detectives recovered stolen firearms from Hays County and other jurisdictions within the state.

Other stolen property was also located in the motel where two male subjects and two young children were present.

One of the subjects identified as Jeremy Rasco, DOB: 11/3/1998, was arrested on scene for 15 outstanding warrants out of Hays County, including Burglary of Vehicle, Theft of Firearm, Credit/Debit Card Abuse, and Theft.

As a result of the investigation, Rasco was later charged with other offenses including Credit Card Abuse, Burglary of Vehicles with Previous Conviction, and Enhanced Theft of Firearm.

Rasco has also been charged with offenses from Navarro County.

Rasco is currently jailed in Hays County for 24 charges and is being held on $100,000 bond. Additional felony charges for Burglary of Vehicles with Previous Conviction are also pending.

Sheriff Cutler wants to remind residents to ensure their vehicles and homes are locked at all times.

Most vehicle burglaries occur when cars are left unlocked and valuables are left in plain view. If you have information regarding these events, contact Hays County Sheriff’s Office by calling 512-393-7896.