In 2013, the city council directed the program’s implementation after a community survey identified sidewalks to be at the lowest level of satisfaction.

Program changes recommended through staff analysis were to provide a 90-day notification to the property owner and a formal monitoring process for installed sidewalks. Additionally, to develop a protocol for tree inspection and analysis before construction with frequent follow-ups. It was also recommended that criteria be developed on sidewalk installation based on neighborhood character and structure setback from the property line.

Councilmember Maxfield Baker asked how the city compensates the owner of a tree is killed or damaged by sidewalk construction.

“Typically, going through this process of evaluation ahead of time helps us work with an arborist to establish methods that could mitigate damage,” said Assistant City Manager Laurie Moyer.

Moyer also said that if it appears the tree is damaged significantly, the city offers to have it removed or compensate the property owner.

The council agreed to have sidewalk projects reviewed by the Neighborhood Commission or Historic Preservation Commission to be discussed and presented to the council.

Councilmember Maxfield Baker asked if there is a matrix that identifies the areas which would benefit most from a sidewalk and identify the highest and lowest priorities for the program.

Sabas Avila, Director of Public Works in San Marcos, said there is a matrix that looks at the pedestrian traffic generator map and condition score of the sidewalks in the area. The Sidewalk Program doesn’t currently look at where accidents occur when deciding where to make a new sidewalk but will begin doing so in the future with data provided by TxDOT‘s Crash Records Information System (CRIS).

“That’s a huge issue for me. I would ask that this program not expend any more money until we found a way to incorporate that data into the matrix of planning, and that would be part of what generates a high-priority street,” said Baker.

Mayor Jane Hughson said she was “amazed” that accident reports were not considered in sidewalk constriction in the past. Avila said that they hope to be able to analyze accident data provided by CRIS by 2024.

Professor Lisa Marie Coppoletta has spoken out about the Sidewalk Maintenance Program for several years and thanked the Neighborhood Commission, Councilmembers Shane Scott, Baker, and City Managers Stephanie Reyes and Laurie Moyer for bringing it back onto the council agenda.

“The master plan now has a layer of protection with a process of evaluation, rubrics for installation, and long-term evaluation of these projects,” said Coppoletta. “Now we can have sidewalks where they need to be versus just where city staff spends taxpayer dollars without any oversight.” 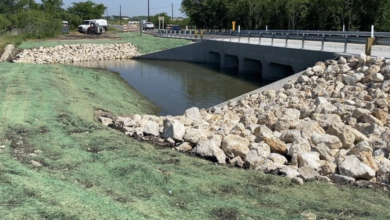