On the heels of Super Tuesday voting that left Texans waiting for hours to cast their ballots, Democrats are suing the state to overturn Republicans’ decision to kill straight-ticket voting.

In a federal lawsuit filed Thursday in Laredo, the Texas Democratic Party — joined by the chair of the Webb County Democratic Party and the Democratic campaign arms of the U.S. Senate and House — claims the elimination of straight-ticket voting is unconstitutional and intentionally discriminatory because the long lines and waiting times it is expected to cause would be disproportionately felt at polling places that serve Hispanic and black voters.

“In ending a century-old voting practice that Texans have relied on to exercise their most fundamental and sacred rights — the rights to political participation and association — Texas has recklessly created a recipe for disaster at the polls in 2020,” the Democrats wrote in their lawsuit.

The popular practice allowed general-election voters to vote for all of the candidates of either party in an election by simply picking a straight-ticket option at the top of the ballot. But Texas Republican lawmakers championed a change to the law during the 2017 legislative session, arguing it would compel voters to make more informed decisions because they would have to make a decision on every race on a ballot.

Most states don’t allow for one-punch voting, but its elimination in Texas met intense opposition from Democrats who fear the change will be most felt among voters of color and lead to voter dropoff, particularly in blue urban counties that have the longest ballots in the state.

Starting with the 2020 general election, candidates will still be listed with their party affiliation, but voters will have to select each candidate manually.

Although the change was signed into law almost three years ago, a last-minute amendment to the legislation delayed its implementation until this year’s general election. The delay proved ill-conceived for the majority party in 2018 when down-ballot Republicans faced a rout in urban counties where Democrats were aided by straight-ticket voting.

In Harris County, for example, there were more than a half-million Democratic straight-ticket voters and just over 400,000 Republican straight-ticket votes. Over the past four presidential elections, one-punch voting has generally proved more popular among Democrats in Texas’ 10 largest counties.

Citing violations of the First and 14th Amendments and the federal Voting Rights Act, Democrats are asking a federal judge to block the state from eliminating straight-ticket voting ahead of the general election.

“The end of straight-ticket voting was yet another Republican attempt to suppress the vote, alter the electorate, and take away power from the rising Texas majority,” Texas Democratic Party Chair Gilberto Hinojosa said in a statement. “In minority-majority districts, lines to vote have already proven to be hours long.”

In an emailed statement, a spokesman for the Texas attorney general’s office — which defends state laws in court — said officials remained “confident that Texas voting laws are in full compliance with the Constitution and all voters have equal opportunity to vote for the candidate of their choice.”

Thursday’s lawsuit is the latest in a string of legal challenges brought by a coalition of national and Texas Democrats to take on state laws that affect voter registration and voting.

Democratic groups teamed up in October to challenge Texas’ move to effectively end the use of what was known as temporary or mobile early voting sites. A month later, they filed a lawsuit challenging a longstanding state statute that puts candidates who belong to the same political party as the governor at the top of general election ballots. Earlier this year, they jumped into a new federal lawsuit over the state’s voter registration requirements. 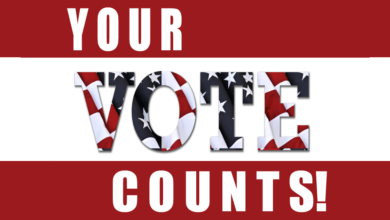