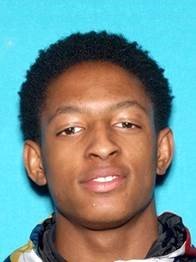 The San Marcos Police Department (SMPD) is investigating the fatal shooting of a woman that occurred early Saturday evening.

On Saturday, May 30 at approximately 6:51 p.m., officers responded to reports of a shooting at the Redpoint Apartments (formerly The Woods), 650 River Rd.

Upon arrival, officers located a deceased female inside the apartment with apparent gunshot wounds.

The deceased victim was identified as Ivoryana Chante Ballard (DOB 06/22/1999). Hays County Justice of the Peace Maggie Moreno responded to the scene, and pronounced Ballard deceased at 7:41 PM. SMPD has notified Ballard’s next of kin.

A murder investigation immediately initiated by the SMPD Criminal Investigations Division identified Steven Deshawn Crawford (DOB 12/20/1999) as a suspect in the murder and issued an active arrest warrant. Crawford’s current whereabouts are unknown.

This incident is believed to be isolated, with no active threat to the general public.

This is the second homicide for 2020 in San Marcos.

Anyone with information relating to the current whereabouts of Crawford, or any information pertinent to this investigation is asked to contact Detective Dave Campbell at 512-753-2312 or dcampbell@sanmarcostx.gov.