Candidate filing for the 2022 primary in Texas closed Monday evening, and there were more than a few late developments in what is set to be a busy election cycle.

All the major statewide offices — including governor — are on the ballot, and every seat in the Texas Legislature is up for a vote because of redistricting. That is on top of the usual 36 congressional seats that are on the ballot every two years — plus two new U.S. House seats that Texas received because of population growth in the past decade.

The primary elections determining the two major parties’ nominees will be March 1. The general election will be Nov. 8.

At the top of the ticket, Republican Gov. Greg Abbott is running for a third term but faces challengers from within the GOP. On the Democratic side, Beto O’Rourke will likely be his party’s nominee for a general election that is expected to be a marquee race. But farther down the ticket, there is a hive of activity generated by redistricting — dozens of state lawmakers are not seeking reelection to their current seats — and the GOP’s determination to make new inroads in South Texas.

Still, statewide races continued to take shape Monday ahead of the 6 p.m. filing deadline. The Democratic primary for lieutenant governor got a third candidate as Carla Brailey, vice chair of the state party, announced her campaign. Her launch came amid a lingering discussion among Democrats about whether their statewide slate is diverse enough.

Brailey said in an interview that she was running because she “really believe[s] our democracy is at stake, and I think this is gonna be one of the most important elections we have experienced in a very long time in Texas.”

“It’s very important that we have leadership that just reflects Texans — all Texans — and I think I will be able to do that,” said Brailey, who is Black.

She joined a primary field that includes Mike Collier, the last nominee for lieutenant governor who has been running since early this year, and state Rep. Michelle Beckley of Carrollton, who announced last month. Matthew Dowd, the cable-news commentator who once was a strategist for former President George W. Bush, had been running in the primary until last week when he dropped out and said he wanted to make way for a more diverse field.

Brailey is not the only Democrat who has stepped forward for the statewide ticket as the filing deadline loomed. Janet Dudding, a 2020 candidate for a battleground state House seat in Brazos County, filed to run for comptroller, joining at least two other Democrats vying to take on GOP incumbent Glenn Hegar. Susan Hays, a prominent cannabis lawyer, and hemp advocate announced she was running for agriculture commissioner, giving Democrats their first candidate to challenge Republican incumbent Sid Miller.

“Farming is hard, but ethics should be easy,” Hays said Thursday as she announced her campaign against the scandal-prone Miller.

In addition to the gubernatorial election, another blockbuster statewide contest is the GOP primary for attorney general, where incumbent Ken Paxton is trying to fend off three challengers: Land Commissioner George P. Bush, former state Supreme Court Justice Eva Guzman, and U.S. Rep. Louie Gohmert of Tyler. Despite some volatility in recent weeks — state Rep. Matt Krause of Fort Worth ended his campaign and Gohmert launched his — that primary saw no 11th-hour surprises.

Congressional contests also saw 11th-hour developments Monday. Democrats lost a prominent candidate for the 15th Congressional District, which Republicans are trying to flip, as Ivan Melendez, the Hidalgo County health authority announced he was passing on a campaign for the seat, saying he could better serve his community by continuing to fight the coronavirus pandemic.

Another South Texas seat that the GOP wants to capture — that of U.S. Rep. Henry Cuellar, D-Laredo — gained at least one politically involved contender in Cassandra “Cassy” Garcia, a former staffer for U.S. Sen. Ted Cruz. Cruz endorsed Garcia within minutes of her campaign announcement.

Over in the Houston area, where one of Texas’ new congressional seats is located, the longtime Republican frontrunner, Wesley Hunt, got arguably his best-known opponent yet: Mark Ramsey, a former member of the State Republican Executive Committee. The seat was drawn to favor the GOP, so Republicans have been watching how complicated of a path Hunt will have on his quest for a general-election win.

Until Monday, no Democrat was contesting the Houston-area seat — the 38th District — but that changed when Centrell Reed, a Houston life coach, switched to the race after filing for the 7th District. Reed’s decision spares the 7th District incumbent, U.S. Rep. Lizzie Pannill Fletcher, D-Houston, a primary challenge in a district that has been made much bluer by redistricting.

In state House races, there was little late drama involving incumbents. One question mark going into Monday was whether state Rep. Claudia Ordaz Perez would follow through on her plan to run against state Rep. Art Fierro, a fellow El Paso Democrat — and she did, filing with hours to spare. Ordaz Perez had chosen to take on Fierro after redistricting forced her into the district of a fellow El Paso Latina, Democratic state Rep. Lina Ortega.

In another late development in a state House contest, state Rep. Harold Dutton, D-Houston, drew a primary challenger: Candis Houston, president of the Aldine chapter of the American Federation of Teachers. Dutton, chair of the House Public Education Committee, was under fire from fellow Democrats earlier this year over how he handled legislation placing restrictions on transgender student athletes. 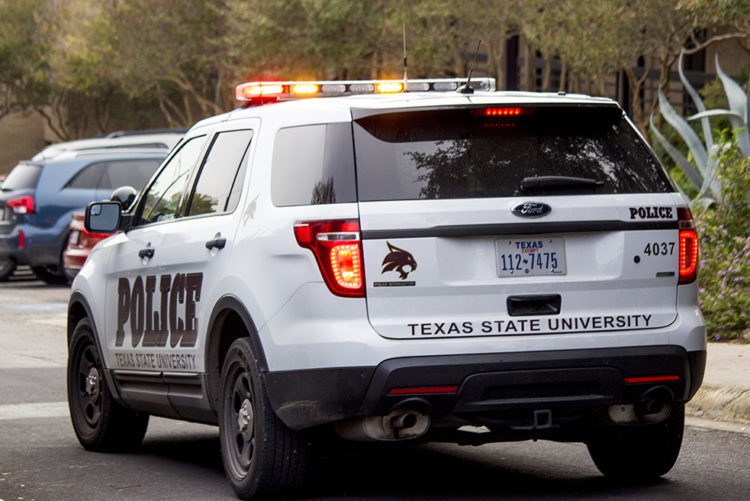 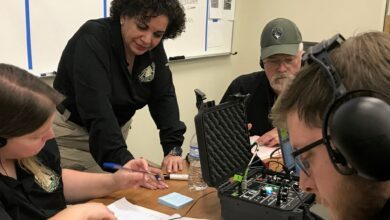