The Honoring Hometown Heroes Act (H.R. 1892) honors law enforcement by permitting the American flag to be flown at half-staff when a police officer, firefighter, or first responder is killed in the line of duty.

Submitted by US Congressman Lamar Smith

This week was National Police Week. We recognize and remember the law enforcement officers who lost their lives in the line of duty for the safety and protection of officers.

National Police Week began in 1962 as a way to honor those law enforcement officers who made the ultimate sacrifice. In honor of Police Week, I supported and the House passed multiple bills designed to honor their sacrifices and ensure that these brave men and women who serve us have the resources needed to do their job and keep the public safe.

Here are some of the measures that passed with bipartisan support:

The Rapid DNA Act of 2017 (H.R. 510), helps identify the guilty and free the innocent by allowing Rapid DNA analysis machines to be used at local police stations. The Rapid DNA technology is aimed to help with the large DNA backlogs at our area law enforcement agencies. The machines expedite DNA analysis for suspect identification purposes and allow local law enforcement to accurately identify a suspect on-site within hours, as opposed to weeks when evidence is shipped off to a lab.

The Honoring Hometown Heroes Act (H.R. 1892) honors law enforcement by permitting the American flag to be flown at half-staff when a police officer, firefighter, or first responder is killed in the line of duty. Until the bill is enacted, current practice is for only the president of the United States or the governor of the state to have authority to order the U.S. flag to be at half-staff to honor the death of a national or state figure.

Officers in central and south Texas who lost their lives in the line of duty for the safety and protection of others are American heroes. The U.S. flag should be there among the Texas flag in honoring these fallen officers.

The American Law Enforcement Heroes Act of 2017 (H.R. 1428), by fellow Texas Congressman Will Hurd, prioritizes the hiring of veterans by awardees of grants under the COPS Hiring program.

Our thoughts and prayers go out to the families and friends of fallen law enforcement officers.

If my office can ever be of assistance to you or your family, please do not hesitate to contact my office by email or calling 202-225-4236. We stand ready to serve you.

Six Reasons Why A Cite & Release Resolution Is More Appropriate 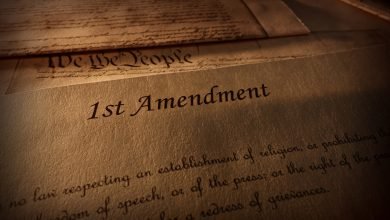