Amtrak’s vision for expansion recommends more round trips for the “Texas Triangle” regions of Dallas-Fort Worth (DFW), Houston, and Austin-San Antonio to link four of the nation’s largest 31 metropolitan areas. 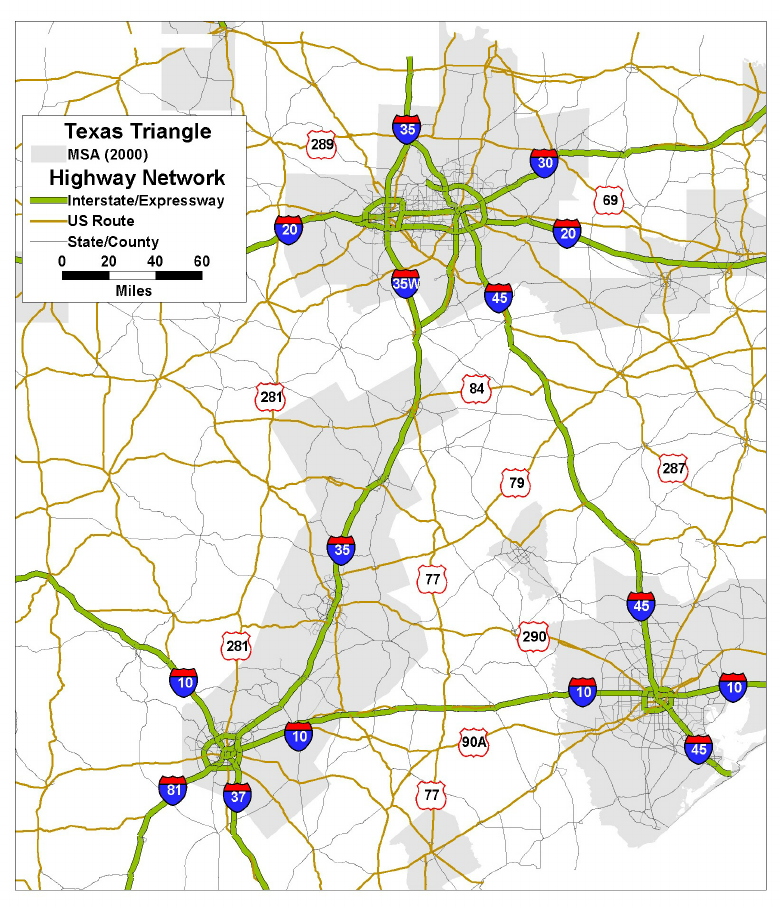 In its Corridor Vision, Amtrak proposes the federal government invest $75 billion over 15 years to develop and expand intercity passenger rail corridors around the nation.

The plan would be implemented in collaboration with states, local communities, the administration, and other stakeholders to build upon Amtrak’s national network by integrating new and improved corridors to expand the existing system.

Amtrak’s vision to grow rail service across America includes 39 potential new routes and more trips or other enhancements on 25 existing routes, creating the potential to expand or improve rail service for 20 million additional passengers each year by bringing service to more than 160 new communities.

New stations would be built in more than half of the U.S. states as part of an additional $195 billion in economic activity generated by increased capital investment during 2021-2035.

The potential development of a new high-speed rail corridor between Dallas and Houston will be considered when determining the prioritization and development of these corridors.

Gov. Greg Abbott vetoes funding for Texas Legislature and its staff as punishment for Democrats’ walkout on elections bill