Hays County is continuing to grow with every new year. The economic growth and development have led to a population increase and construction can be seen all along the Interstate Highway 35 Corridor.

The increase in the total population has led to an increase in development and growth. This growth has produced construction projects ranging from roadway improvements, economic infrastructure and new housing developments.

One of the areas experiencing this increase is Kyle, Texas which sits in Hays County. City staff in Kyle, is currently working on new developments to keep up with growth in the region.

Leon Barba, Kyle Director of Engineering said the town is, “exploding with growth.”

“We’re adding new sewer lines in the south part of the city. It’s really expanded development as we get those sewer lines completed,” Barba said. “We’re expanding the treatment plant today from three million gallons per day capacity to four and a half million-gallon capacity, we should be finished with that in about three months with all that work. And we’re also going to talk to TCEQ (Texas Commission on Environmental Quality) about increasing the capacity of our plant.”

Barba said some of the existing sewer lines are old and not able to handle the growth occurring in Kyle.

“So, the lines are fairly old, and then they’re undersized, based on the projected growth that we’re having. And some of the lines were not installed properly is what we’re discovering. But then it’s a combination of everything. It’s the size of the lines, they’re not adequate to carry the future growth, the lines are having issues,” Barba said.

Barba said the city plans to use funds from the American Rescue Plan (ARP) to improve the city’s groundwater storage site.

“We’re going to focus all that [ARP funds] on one particular project. We have a ground storage side water storage site at 1626 near the railroad tracks. We are planning to expand that facility by adding another 1-million-gallon storage tank. We’re also planning for the future. So, we’re making enough or need more room for another,” Barba said.

“So, there’s some advantages to being this fast-growing economy that eventually we’ll see some new roads, better roads, sidewalks, streetlights, that kind of thing. And then there’s others who just don’t like to grow,” Barba said.

Assistant City Manager of Kyle Jerry Hendrix, said the city has room to accommodate the growth it is experiencing.

“We have a world headquarters for a semiconductor plant, we have millions of feet of either industrial and manufacturing space, and a new Costco coming out, as well as some really cool restaurants all across the board. It’s coming out as fast as we can deal with it,” Hendrix said.

Assistant City Manager Amber Lewis said the city has issued 3,000 new building permits this year and the city is expected to add 9,000 new residents to the growing population. Lewis said the main focus will be on improving and building roads.

Buda, Texas is also seeing growth at a rapid rate. Planning Director for Buda Melissa McCollum said the city is seeing a lot of commercial and residential development coming to the area.

“Developments definitely need utilities like infrastructure to the site, and the main thing being utilities like water and wastewater to a site. So that’s probably the biggest thing that development in general needs,” McCollum said.

McCollum said the city will be looking to expand city services.

In addition to expanding infrastructure services, McCollum said they will need to expand on services such as the police department, the fire department and emergency medical services.

Nicole Yonker, a San Marcos resident and teacher, said the growth has been good for the area but she has concerns it could lead to the area becoming like the Dallas-Fort Worth region.

“I’m a teacher. I know the growth has been good for the school district and have noticed an increase of resources and community partners as the city has expanded. The addition of the Amazon, Walmart, and HEB distribution centers have added a lot of jobs. While I don’t think the growth has been bad to this point, it feels like if we keep going at this rate, Austin-San Antonio along the I-35 corridor could become a ‘Dallas-Ft. Worth’ situation. That doesn’t sound optimal to me,” Yonker said.

Maria Pantoja who previously lived in San Marcos but has since moved to Martindale said San Marcos has become too expensive.

“I hope San Marcos can keep their residents, but the prices to live here and afford housing, clothing and transportation… It isn’t enough to support single families or even large families,” Pantoja said. “Most can’t afford housing even if it’s government housing and low income.”

“The development here isn’t helping locals at all. I avoid coming into town as much as possible unless it’s going to a family member’s house,” Pantoja said.

Shaun Condor, Director of Engineering and Capital Improvement in San Marcos, said the development will help the city.

“The projects will bring sub-par infrastructure up to current standards and improve the quality of life for folks around the city.  Most residents understand the short-term inconveniences from construction are well worth the long-term benefits resulting in the completed project,” Condor said.

Debbie Homeier, 2022 President of Four Rivers Board of Realtors, said people are coming mostly from Eastern California as well as parts of San Antonio, Austin, Dallas and Houston. Homeier said affordable housing is very hard to find in the current market around Central Texas.

“If they’re looking for affordable housing, they’re kind of out of luck. Right now, our affordable homes are almost nonexistent,” Homeier said. “We actually have a lot of investors coming in, and they’re buying stuff before our own people get to have a place.

Homeier said investors can drive up the price of housing above the market value.

Homeier said prices for houses are steadily rising. The median price for a home in San Marcos in January was $329,000 which increased to $386,000 in February. Homeier also said in the Hill Country region they’re starting to see ranches being divided up to create subdivisions. Houses in those subdivisions sell over the offered price.

“They’re getting multiple offers in there about 18% to 20% over list which makes it not affordable housing and they’re selling within days,” Homeier said. 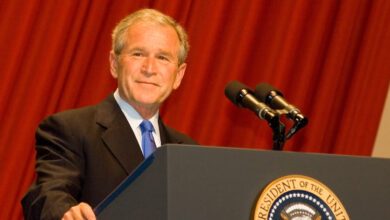 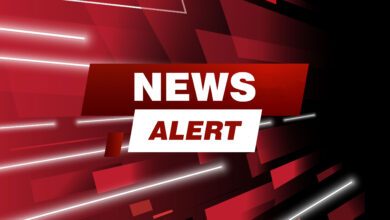 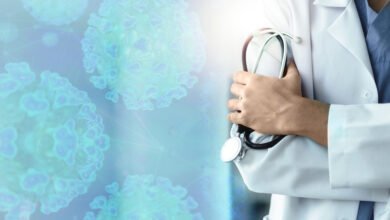