“The Holy Land is everywhere” as stated by Black Elk. San Marcos truly is sacred ground.

Our Roots Run Deep: San Marcos has been a favorite destination for more than 12,000 years! An underwater archeological dig in Spring Lake at the Headwaters of the San Marcos River uncovered Indian artifacts dating back over 12,000 years to the Clovis Indians, the oldest known inhabitants of the western hemisphere. This is reportedly the longest continuously inhabited site in North America, according to underwater archeologist Dr. Joel Shiner.”

Our community is the oldest neighborhood in the world, and our elected officials on the San Marcos City Council have had ample time to implement in writing true protection for Native American human remains and cultural artifacts in our Land Development Code.

The City of San Marcos adopted a new Development Code on April 17, 2018. This new development code is the result of the Code SMTX process. Code SMTX was a four-year community collaboration that has provided San Marcos with a better tool kit for managing growth that is in line with Vision San Marcos Comprehensive Plan.”

The New Urbanists are touting the San Marcos Land Development Code as a victory.

A true feather in our elected officials’ cap would be to work collaboratively with Texas State University and have Native American human remains and cultural artifacts carefully removed for preservation.

They could make them available to the tribes out of respect and the public for increased empathy and understanding. Cultural bias and hate can only be ameliorated through education and dialogue.

The only stomp dancing our current city council is engaged in is shuffling around ultra left-wing ideological stances on the city council agendas to the detriment of featuring social justice issues that impact San Marcos as a whole.

This City Council is tooting their own bells and capturing for their own political capital years of hard work of Native American’s in our community. The city council chants and war cries of social justice have fallen flat.

They have refused to produce solid work on flood mitigation, gentrification, and skyrocketing utility and property tax rates.

The only flatbread our dais is dishing out is cash to contractors for projects resulting in the loss of Native American culture forever.

This city council sits upon their zoom thrones, with Mark Rockeymoore clearly chatting to colleagues during the debates and while conducting public policy, while city workers are in full swing working up at city hall.

Max is on social media cop-hating vs. getting the budget under control. Melissa is the biggest disappointment of all and is flying with the buzzards.

Our elected officials beat drums of their own pet project initiatives, slapping each other on the back on social media. Guess what?

This year’s “The Indigenous People’s Day” is a faux celebration. It is self-serving and a hoax. While performances and poetry reading may stir the heart, our community deserves actions not dancing around the Land Development Code.

Our community deserves braves fighting in battle on the dais ensuring oversight for Mother Earth’s gifts when it comes to road projects.

Our elected officials are emblazoned with peacock feathers, and many of us had high hopes they would be earning eagle feathers soaring to new heights of ecological protection.

How many trees on Hopkins Street of heritage significance are being butchered for the overlay project with the incense Blessing of tree expert Kelly A. Ebby on city staff? How many trees will be outright cut down in Blanco Gardens for an alley project catching neighbors by surprise?

The artifact found in this clip was given to Dr. Mario Garza, Miakan-Garza Band

How many toxins will be spewed into the air, choking the air spirits and making the water spirits sick as they roll out for New Urbanism agendas into the storm drains?

Your elected officials promised me they would implement solutions. Our leadership is not protecting the habitat of our endangered species. Instead, as the idiom states their leadership is “for the birds” as in worthless and undesirable.

Our city council does not have an eagle eye with oversight and proactive measures in place in Code SMTX. Instead, they are as quiet as the snake slithering from one issue to another. They refuse to put teeth into the Land Development Code.

A promise Lisa Prewitt and Melissa Derrick made to me when I volunteered for their campaigns for elected office was the protection of Native American human remains and cultural artifacts.

Prewitt has placed pipelines of pet projects through people’s yards to propel her New Urbanism ideology and does not see the hypocrisy of her own social media posts.

Desecration of human remains is a moral crime regardless of one’s faith. Destruction of cultural artifacts crushed and hauled off for new urbanism programs is history gone forever.

When will the City Council place oversight on Capital Improvement Projects (CIP), TxDot road projects, and GAP Complete Streets Programs? They have had years to complete this work, in which citizens such as myself raised this issue on countless occasions during the writing of the Land Development Code.

Code SMTX has been an abysmal failure in its rollout. Developers are held to higher standards for Heritage Tree protection while city bureaucrats and their contractors butcher trees, crush artifacts, and allow road work toxins to roll into the storm drains.

Helen Keller once stated, “As the eagle was killed by the arrow winged with his own feather, so the hand of the world is wounded by its own skill.”

I wonder what the birds are thinking about all the Heritage Live Oaks that are being butchered constantly for road “improvement” projects?

Many are upset about all the trees to be cut down for the Blanco Gardens alleyways project.

Melissa Derrick posted on Facebook, in reactive proverbial damage control to assure residents their voices are heard. This is not the case.

City staff is still showing up unannounced requesting residents to sign paperwork with no opportunity to review said documents with their attorneys. Even sidewalk projects after my fight, now require a sixty-day notification to the landowner.

This was not the case when the letters were sent out to Blanco Gardens residents last month. If the project is on hold, massive amounts of city staff time have been wasted with payroll expenditures.

If the project is not on hold, elected officials are giving inaccurate information. When city staff show up in someone’s yard and can be heard from the kitchen, “oh this shit has to be moved,” have the Blanco Gardens not endured enough from City Hall?

Of course, the almost decade long project in Victory Gardens is going at the pace of the Tortoise.

And Rockeymoore is trying so hard to parley this as a campaign issue, and those in-the-know know he is just like the beaver with his busy tail selfishly building walls between people in this community for his own personal gain.

It’s clear he does not give a damn. 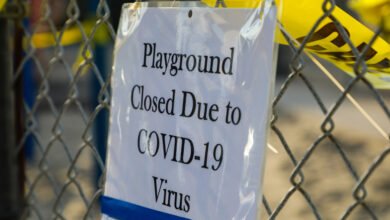 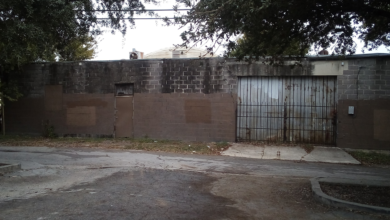 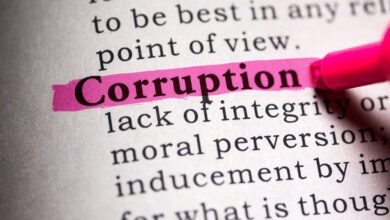 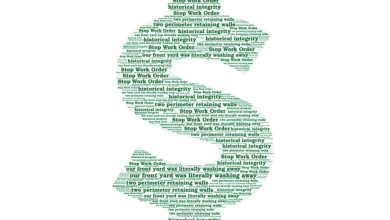