The Hays County Commissioners Court deliberated on individual positions in the Hays County Office of Emergency Services on July 21.

The Court appointed Nathan Mendenhall to the position of Hays County Fire Marshal and promoted Mike Jones as the Director of the Office of Emergency Services.

According to County Judge, Ruben Becerra, there was a considerable candidate pool of applicants; after review, the Commissioners Court settled on an agreeable conclusion to employ Mendenhall and Jones to these positions contingent upon an acceptable background check and acceptance of an offer of employment.

Becerra clarified that OES Director should not be confused with his position as a Director of Emergency Management.

“We work closely together, but there is a difference, and two individuals hold those positions,” said Becerra.

The OES Director oversees the county’s emergency service branches including the Hays County Fire Marshall and the Fire Department.

Jones was formally Emergency Preparedness Coordinator who served the community as well as on boards and commissions with Judge Becerra.

“I am so grateful that Mr. Jones has applied for this position,” said Becerra. “During the very beginning of this pandemic, Mike Jones said things to me like: ‘put me to work, boss,’ and ‘what can I do?’ That can-do, I’m-here-to-serve attitude is why I am privileged with making this motion and welcoming Mike Jones to this elevated position. I think that we are lucky as a community to have this individual accept the offer, and I think we’re going to be greatly served with his leadership at the helm.”

“It’s humbling and an honor to be able to come up here and serve you in this capacity,” Jones said. “I look forward to continue serving Hays County and following the direction this court wants to go as far as Emergency Services is concerned.”

Jones said he also looks forward to the new Fire Marshal and elevating Hays County to a new level.

Mendenhall has been appointed for two years; his first official day as the Hays County Fire Marshal is August 10, 2020.

Becerra expressed his gratitude to the court for moving to fill these positions.

“We had a lot of applicants for this position, and I am very grateful that we have such a highly qualified individual to join our ranks,” said Becerra.

Mendenhall was officially sworn in as the Hays County Fire Marshal during the July 21 Commissioner’s meeting.

Taylor, a Hays County employee for five years, started her county career as an Admin I and was quickly promoted to Admin III/Office Manager.

As the new Planner, she collaborates with the Emergency Management Commission on unmet needs for municipalities, carries out tasks related to disaster recovery, attends meetings, and assists in coordination of the Local Emergency Planning Committee and Emergency Operations Center (EOC) management. 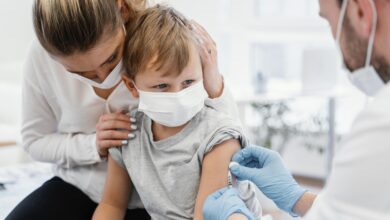