Solar energy has created a relatively small but rapidly growing industry in Texas. SEIA reports that Texas has 532 solar companies, including nearly 100 manufacturers. And in its most recent “Solar Jobs Census…”

By Patrick Graves and Bruce Wright

Ten years ago, Texas’ solar industry was fairly small, but today some believe it’s ready to take on a much larger share of the state’s energy needs.

“Solar is growing up,” says Steve Wiese, director of implementation services at Frontier Energy, Inc., “and the industry here in Texas is maturing.”

And it’s not just in Texas, of course. In 2016, the world added more than 74 gigawatts of energy capacity through new solar photovoltaic (PV) panels, which convert sunlight into electricity.

According to a recent International Energy Agency report, in 2016 solar PV added more power capacity than any other power source, including coal.

In the same year, and for the first time in history, solar became the largest source of new U.S. electricity generation capacity, accounting for 39 percent of added capacity.

Wiese believes the best measure of our state’s solar industry is hardware on the ground. The Solar Energy Industries Association (SEIA) ranked Texas seventh in the nation for cumulative solar capacity in 2017 (Exhibit 1).

More PV devices were installed in Texas in the third quarter of last year than in all of 2015.

And the power produced by these installations is increasing rapidly. Between December 2016 and December 2017, net solar power generated by Texas utilities and small-scale solar PV facilities (PDF) rose by more than 107 percent, from 96,000 megawatt hours (MWh) to 199,000 MWh, according to the U.S. Energy Information Administration (EIA).

Solar energy has created a relatively small but rapidly growing industry in Texas. SEIA reports that Texas has 532 solar companies, including nearly 100 manufacturers.

And in its most recent “Solar Jobs Census,” the nonprofit Solar Foundation estimates that Texas had the fourth-largest number of solar jobs among states in 2017, although California leads the nation by far, with nearly 35 percent of the national total (Exhibit 2).

These jobs include solar-related manufacturing, installation, sales, distribution and project development as well as other roles.

Enormous amounts of solar power are coming online in the near future.

The Federal Energy Regulatory Commission expects about 43.5 gigawatts (43.5 billion watts) of new solar capacity (PDF) to be installed in the U.S. through the end of 2020.

To put that number in perspective, the EIA estimates the average U.S. residential utility customer uses about 897 kWh of electricity per month, though energy consumption is generally higher in Texas’ hot climate.

A recent study by GTM Research and the SEIA estimates U.S. solar PV capacity will more than double in the next five years. By 2022, nearly 15 GW of additional capacity will be installed each year.

Texas is among the top 10 solar markets in the nation in terms of projected growth.

Wiese says incremental improvements to the technology and its deployment have reduced costs. The solar sector has improved its business models and developed a more viable business infrastructure: better supply chains, distribution channels and service provider networks. Many local government and public utility permitting processes have been streamlined as well.

In Texas, the residential market is relatively strong; SEIA estimates about 210,000 Texas homes use solar power.

Roger Duncan, a research fellow with the Energy Institute at the University of Texas at Austin, says “solar is where wind was 10 years ago.” He believes the economics of solar power are as good as wind energy, and maybe better.

One looming question affecting the economics of solar power, however, is a federal investment tax credit. The federal government currently allows residential customers to claim a 30 percent tax credit for the purchase and installation of solar systems.

Commercial and utility investors can claim a similar tax credit for the installation, development or financing of solar projects.

Under current law, however, the credit is scheduled to fall to 26 percent in 2020 and 22 percent in 2021. Residential customers will lose the credit entirely in 2023, while commercial and utility users will be entitled to a credit of just 10 percent.

The credit has been extended before, however, and its future remains an open question. A good deal of recent solar development has been spurred by the possible loss of the credit in the future.

Duncan remains confident, however. “By the time the tax credits expire,” he says, “I expect solar to be competitive on its own.” Government also can affect the solar industry through trade policy.

The 30 percent duty, which will drop by five percentage points annually until it expires in 2022, does not apply to roughly the first third of imports. The tariff was imposed in early February on top of an existing one levied on panels made in China, the global industry leader.

The Chinese largely circumvented the first tariff by moving their panel operations to nations in Southeast Asia, thus prompting the latest, worldwide tariff.

Anticipating new restrictions, some solar firms suspended projects; others proceeded, having already purchased materials or locked in prices at pre-tariff levels. The tariff’s eventual impact on domestic production and installation is uncertain.

Some observers think supporting U.S. panel manufacturers is desirable because it could spur innovations in the field, while others dismiss the move as protectionism.

Business may slow in the near term if and when the tariff prompts price hikes. The threat of a tariff caused project developers to put plans for a new 100 MW, $100 million solar farm near Fort Stockton on “indefinite hold” in November.

But the early consensus seems to be that the long-term outlook for solar, both nationally and in Texas, remains positive.

As solar gains ground in Texas, some local governments are turning to the technology to supplement their energy needs.

Between solar and its wind-power resources, Austin expects to be able to meet more than half of its total needs with renewable energies by 2020.

To the north of Austin, Georgetown city officials signed a wind power agreement in 2014, followed by a solar deal a year later. Power from a solar farm near Fort Stockton is expected to come on line this summer, allowing Georgetown’s municipally owned utility to rely entirely on wind and solar sources.

The city will sell excess power to ERCOT, the state’s power grid, which will also provide backup power for Georgetown in the event of any shortfall in its power resources.

In 2016, the Metroplex city of Garland signed a 15-year contract with Southern Power to purchase electricity from a recently opened 102 MW solar facility in West Texas’ Dawson County.

And a public-private partnership between OCI Solar Power and San Antonio’s utility, CPS Energy, is currently completing work on a series of seven solar PV sites that will supply the city with 400 MW in solar capacity.

The Shift to Renewables

According to the EIA, most of the utility-scale power plants retired in the U.S. since 2008 were fueled by coal or natural gas. Many of the natural gas plants are being replaced, but coal plants generally aren’t.

Duncan says Texas, the largest lignite coal-producing state and largest coal-consuming state, has retired more than half of its coal-based capacity in recent years.

“We’re at a point now, for new [energy] resources, where nuclear and coal are more dependent on government intervention and support than wind and solar,” says Austin-based renewable energy consultant Mike Sloan. “Flexibility is at a premium now.”

In 2017, Vistra Energy of Dallas, parent company to both Luminant and TXU Energy, bought what will be Texas’ second-largest solar farm near Midland-Odessa.

Sloan points out that, ironically, the oil and gas boom prompted by hydraulic fracturing and other enhanced recovery techniques has influenced electricity markets in renewables’ favor, driving down fuel costs and making both coal and nuclear energy less competitive on price.

In effect, it’s lowered the price points at which power producers must compete.

Only 24,400 in Hays County have received recommended COVID booster 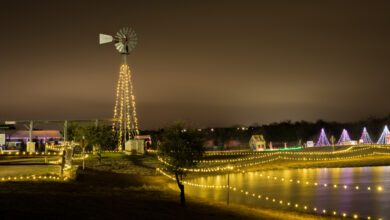