This year — and perhaps now more than ever — Texans are welcoming the arrival of summer. But even during the darkest days of the pandemic, many Texans spent time in the fresh air, carrying fishing poles, binoculars, cameras, or maybe just a picnic basket.

Nature tourism has provided a reliable, socially distanced outlet for Texans navigating a locked-down world and proved once again that open space is a valuable asset for state and local economies.

Nature tourism, as defined by the State Task Force on Texas Nature Tourism (PDF), is “travel to natural areas that conserves the environmental, social and cultural values while generating an economic benefit to the local community.” Shelly Plante, nature tourism coordinator for the Texas Parks and Wildlife Department (TPWD), has seen nature tourism both surge and change.

“Nature tourism has evolved a lot over the last 20-plus years,” Plante says. “So now it’s not just hunting, fishing and birdwatching.” Today, it’s an umbrella term that encompasses nearly every outdoor activity, from mountain biking to stargazing. “Non-consumptive” wildlife pursuits, such as birdwatching and wildlife photography, are growing in popularity.

According to the U.S. Bureau of Economic Analysis (PDF), outdoor recreation, including supporting activities such as construction, travel, and government spending, added $35.9 billion to Texas’ gross state product (GSP) in 2019, accounting for nearly 2 percent of the entire state e

Despite the sheer variety of outdoor activities, the age-old traditions of hunting, boating and fishing continue to rank among the largest economic contributors to nature tourism in Texas, adding $930 million and $1.7 billion, respectively, to GSP in 2019.

Due to its sheer size and geographic diversity, Texas provides ample opportunities to pursue fish and wildlife across a wide range of native habitats.

Hunters and anglers, as well as those who “hunt” with binoculars and cameras, can encounter wildlife from the pine forests of East Texas to the arid mountains of West Texas, and from the spring-fed streams of the Hill Country to the endless beaches of the Gulf Coast.

TPWD is responsible for providing and maintaining access to the state’s many nature tourism opportunities. “One of the primary ways TPWD connects people with nature is by making it easy for everyone to discover diverse places to explore,” Plante says.

While many hunters pursue game on private property, TPWD maintains more than one million acres of public hunting lands. Depending on their location and the season, those with permits can pursue deer, turkeys, quail, ducks, rabbits, and even bighorn sheep (although the state offers only a few bighorn hunting permits each year).

Meanwhile, anglers can cast into literally thousands of lakes and reservoirs. Families can introduce the next generation of anglers to fishing in any of the 89 state parks without a fishing license; they need only to pay the park’s entry fee and provide their own gear.

Many anglers enjoy fishing along the Gulf Coast, where more than 300 miles of coastline offer speckled trout, redfish, flounder, black drum, and more.

With more than 600 bird species identified within its borders, Texas is a top state for birdwatching, or “birding.” And this wealth of species translates into economic opportunity for local communities.

Tourists seeking opportunities for birding along the border and coast generated more than $2.5 million in sales tax and $7.5 million in hotel tax for local communities.

As wildlife watching continues to gain popularity, the state and communities are investing in open spaces, infrastructure, and events to draw enthusiasts year-round.

Partnerships such as the World Birding Center, a network of nine different birding locations along the Rio Grande Valley, seek to raise awareness of unique Texas habitats and generate revenue for local economies.

Tax revenue from the sale of hunting, fishing, and other recreational equipment is funneled back to the agencies that develop and maintain these opportunities for Texans.

Since the 1996-97 biennium, TPWD and the Texas Historical Commission (THC) have been allocated sporting goods sales tax (SGST) revenue via legislative appropriations.

The SGST is the estimated portion of state tax revenue generated from the sale of sporting goods such as bicycles, hunting, and firearms equipment, exercise equipment, and fishing tackle.

Between fiscal 2011 and 2020, the SGST portion amounted to an estimated $1.2 billion to state general revenue (Exhibit 2).

Despite sustained growth in the demand for nature tourism opportunities, actual SGST appropriations have varied greatly through the years.

The legislation required a constitutional amendment that Texas voters approved overwhelmingly. The dedication will take effect in fiscal 2022, which begins on Sept. 1, 2021.

In addition to these funds, TPWD derives revenue from the sale of hunting and fishing licenses. According to data from the U.S. Fish and Wildlife Service, Texas fishing license sales have increased steadily in the last decade (Exhibit 3), topping 2.2 million licenses valued at more than $59.6 million in 2020, a total second only to California’s.

Texas also ranks among the top five states for hunting license sales, with 1.7 million licenses sold for $46.9 million in 2020.

Hunting, fishing, and wildlife watching are passions for many Texans. As the pandemic took hold, health professionals encouraged Texans to continue being active outside, and many experienced a newfound appreciation for fresh air and open spaces.

In an executive order issued on March 31, 2020, Gov. Greg Abbott specifically listed visiting parks, hunting, fishing, and engaging in activities such as jogging or bicycling as “essential services” not to be interfered with during lockdowns as long as appropriate precautions were observed.

Even so, Texas state parks briefly closed in April 2020 and subsequently reopened with various restrictions intended to maintain public health.

While self-guided and local opportunities for nature tourism remained available, many organized events were canceled or postponed; TPWD’s Great Texas Birding Classic, for instance, was rescheduled to late 2020.

“It made the event even more special,” Plante says. “It was the 24th anniversary of the [Classic], and while having it in the fall wasn’t planned, it was exciting to have such great turnout and see so many people still want to be part of the event.”

As more Texans explore the outdoors with cameras, a growing community of scientists is collaborating with nature tourists to expand its reach.

Nature tourists worldwide can upload their wildlife encounters online via platforms such as iNaturalist and join a diverse community of scientists and enthusiasts viewing wildlife and sharing information.

The benefits of this information exchange can be far-reaching, contributing meaningful information to science while enriching recreational pursuits.

The success of such online communities has encouraged a new generation of nature tourism.

Hunters, anglers, and wildlife enthusiasts exploring East Texas, for instance, can document encounters with species such as the western chicken turtle with an online tool developed by the Environmental Institute of Houston and supported by funding from Texas Comptroller’s Natural Resources Program.

Reports such as these help researchers build richer datasets that ultimately can contribute to science-based solutions that help communities and businesses comply with the federal Endangered Species Act. 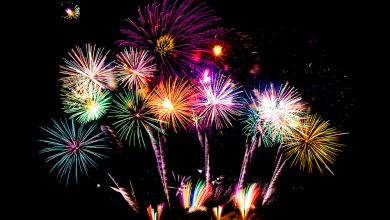 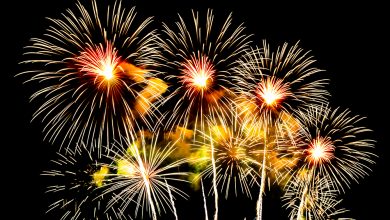 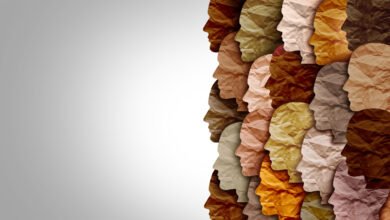