When President Joe Biden told the nation’s governors “there is no federal solution” to COVID-19, it took many by surprise. After all, the cornerstone of his campaign hinged on his claim that he would defeat the pandemic if only we would elect him. When his predecessor suggested “maybe states should also look into acquiring equipment to help fight COVID,” Biden and his allies erupted with outrage.

My how the tables have turned. As we approach the one-year mark of the Biden presidency, this type of double talk is becoming far too commonplace. It is just “Joe being Joe.”

His formula is simple: when the results are good, take credit. When they’re bad, it’s not his fault. We need to look no further than Biden’s awkward dance with his energy failures over the past 11 months.

Within the first 48 hours after he stepped into office, President Biden canceled the Keystone pipeline and placed an illegal moratorium on oil and gas production on federal lands. The move instantly killed 11,000 American jobs, but Biden didn’t care since the price of gas he inherited from the last administration was $2.37 a gallon.

Fast forward to the spring and summer of 2021 and as gas prices skyrocketed over 30%, Biden had to try and reverse his failure. His first response was to beg countries like Russia and Saudi Arabia to produce more oil. This maneuver was not only pathetic in the weakness it projected, but also tragic because it proved President Biden destroyed American energy independence in less than six months.

Pleading with our enemies for more oil didn’t work and as gas prices continued to rise Biden needed a new strategy, so he settled on evasion. By October, Biden was suddenly telling the public there was nothing he could do to help high gas prices. Putting aside that the massive number of executive orders and actions targeting domestic energy, the president now needed us to believe he wasn’t responsible for high gas prices.

Biden abdicated responsibility for his energy decisions, and with the help of a dutiful chorus of support from media sycophants, Team Biden settled on its “winning” message: When gas prices are bad, it’s not Biden’s fault. However, when the out-of-touch administration believes it can spike the football, it will not hesitate to give Biden all the credit.

You might remember when the Democratic Congressional Campaign Committee rejoiced, and loudly thanked Joe Biden, for a 2 cent drop in gas prices. No, not 2 percent, but 2 cents. Less than a month later, Biden’s press secretary boldly proclaimed they had “saved Christmas” from their self-created supply chain issues. It seems the last month of 2021 is the right time for Team Biden to celebrate all of his “success” after first claiming there wasn’t much he could do. Make no mistake, they’ll do the same with COVID.

Shortly after washing his government’s hands of responsibility, the President strolled to Marine One for his 31st trip to Delaware this year. Step one of his plan to dodge responsibility is complete, now all he has to do is relax and hope no one will hold him to account.

Make no mistake: if there is good news in the future, Joe Biden will be quick to take the credit. The pathetic pattern is now their pathetic plan. 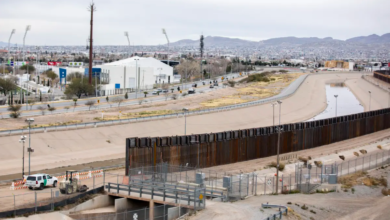 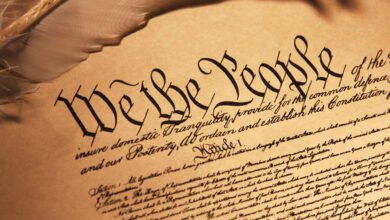