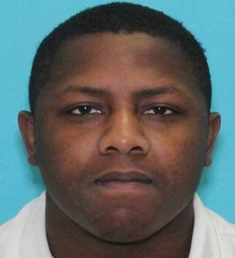 The San Marcos Police Department has identified a suspect, Donnie Lamour Morrison Jr., who is connected to a series of criminal incidents in San Marcos and Houston.

Witnesses at each location had a similar description of the offender.

Although no surveillance video was available, the offender left blood at the scene that matched multiple offenses reported to the Houston Police Department (HPD); however, no DNA identity record was on file, according to officials. The Houston cases were temporarily suspended.

In May 2020, after serving seven months in the Texas State Penitentiary at Huntsville for Enhanced Burglary of Vehicle, Assault-Family Violence, and Theft, Morrison’s DNA was entered into the Combined DNA Index System (CODIS), a criminal justice DNA database.

At this time, a match was made to the August San Marcos burglaries. HPD now has also linked Morrison to multiple felony cases including residential burglaries, firearm thefts, and vehicle burglaries.

Morrison has nine warrants issued for his arrest in San Marcos: six for Burglary of Vehicle-Enhanced, one for Theft of Firearm, one unlawful carry of a weapon, and one for Unlawful Possession of Firearm by a person convicted of Family Violence-Class A misdemeanor.

SMPD has received word that Morrison is in custody in Harris County.