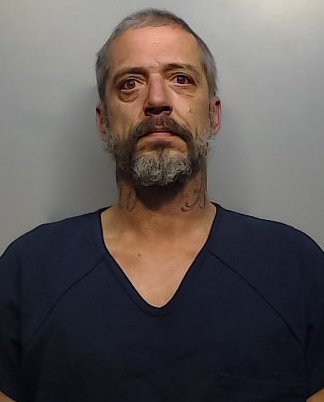 At approximately 6:31 PM on Christmas Eve, officers were dispatched to 1200 Hwy 80 for a call to assist EMS.

Upon arrival at the scene, officers found a 41-year-old male victim bleeding profusely from a chest wound.

The victim stated he was stabbed by Richard Davis near a homeless camp under the Hwy 80 bridge.

Officers learned that the victim was removing trespassing signs in the homeless camp and was approached by Davis with a fixed blade knife in hand.

After an argument, Davis stabbed the victim one time in the chest.

Officers located Davis shortly thereafter, and he denied participation in the assault. However, an SMPD K9 Officer located a fixed blade knife in the area where Davis was last seen.

Davis was taken into custody and transported to the Hays County Jail.  As of this release, he remains in jail with a $100,000 bond.

The stabbing victim was transported to Ascension Seton Hays Hospital where he underwent surgery.  His injuries are believed to be non-life-threatening.