San Marcos Police are searching for two armed offenders who are believed to be responsible for a second incident at The Grove at San Marcos, 1150 E. River Ridge Parkway and continue to ask the public for their assistance in solving this crime.

On Friday, Nov. 20, officers responded to a second incident related to the home invasion that occurred on Tuesday, Nov. 17 at The Grove at San Marcos.

On Friday afternoon, at approximately 3:41 PM, two unidentified offenders assaulted and robbed a resident at the apartment complex as the resident was entering his vehicle in the parking lot.

After forcing the male victim into their vehicle, the offenders pointed a gun at him and demanded he provides them with his apartment number.

The victim described the offenders as two black males.

One of the offenders departed the apartment complex in a 2006 to 2013 white Chevrolet Impala with dark tinted windows, identical to the one used in the home invasion incident on November 17.

The Impala has an obvious dent on the hood just above the front grill on the vehicle.

The other offender fled the apartment complex in the victim’s 2007 blue Chevrolet Tahoe with custom black wheels. 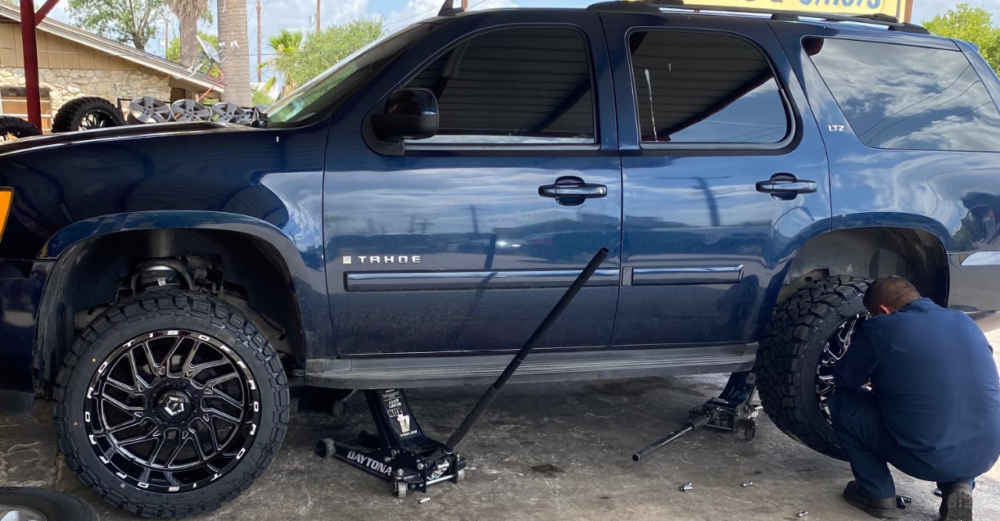 Both vehicles fled southbound on IH35 in the direction of San Antonio.  At this point, detectives strongly believe both vehicles are in the San Antonio area.

The investigation supports the victim being specifically targeted and that he was likely the target of the November 17 incident.

Although SMPD does not believe there is a continued threat to public safety, residents should remain vigilant and immediately report any suspicious activity to the police department.

The armed offenders were not located and the investigation is ongoing.

Anyone with information about the incident or the vehicles should contact Detective Aubry at 512.753.2306 or paubry@sanmarcostx.gov.

Detectives are not available for interview; other inquires may be sent to communicationsinfo@sanmarcostx.gov.