“Within our legal system, the crime of murder has no statute of limitations. Homicide investigators see the job of bringing these killers to justice as a solemn duty.” ~ Austin Homicide – Cold Case Unit

The Austin Police Department’s Cold Case Unit are continuing the investigation into homicide cold cases. The unit is comprised of seven detectives and one sergeant devoted to bringing justice to the victims and their families.

On September 11, the APD released the following information on four cold cases, which took place between 2006 and 2011; the Cold Case Unit is seeking the help of the public and asking for anyone, who may have information regarding the case to contact them. 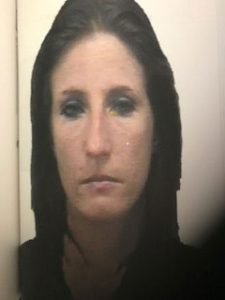 Location:  100 block Bastrop Hwy/SB, Austin, TexasAustin Police officers responded to the 100 block of Bastrop Highway southbound after hearing of a bad odor coming from a backyard and discovered a deceased body. The woman was identified as Loretta Lynn Roberts, 37 years of age. The Travis County Medical Examiner ruled Robert’s death a homicide.

Description of area and history:The area is an overgrown grassy area off Bastrop Highway and is in close proximity to the Montopolis neighborhood. At the time, this particular area was a known place where individuals would go to use drugs and commit acts of prostitution.

Victimology: The victim was a transient, known drug user and prostitute who mostly frequented the Rundberg Ln/IH 35 area. Loretta Roberts was survived by two daughters, Miranda Pastor and Tamara Petronis. The victim was from Lee, Florida.

Crime Scene:The area was an open field with overgrown grass and scattered debris. The area sits off the main highway and is a dead end street. Robert’s decomposed and mummified body was discovered at said location. Roberts was wearing a white cross (on chain) around her neck and silver rings on her fingers. It appeared the victim was placed at this location and this may have been a secondary crime scene.

Investigation:On July 11, 2006 at 11:27 p.m., the victim was stopped by Austin Police at Rundberg Ln. and IH 35 with a known Black male and issued citation for possession of drug paraphernalia.

The Homicide detective assigned to the case was able to confirm this was the last known documented citing of the victim. The victim was last seen wearing a blue tank top, blue shorts, white flip flops, white cross and pink fanny pack around her waist.

As the investigation progressed, numerous tips and information was received. Some of the information received was that Roberts was known to hang out in the area of Rundberg Ln. and IH 35.

Further investigation determined that several known clients were said to have been aggressive with Roberts and with some of the prostitutes working the Rundberg Ln. area.

This homicide was featured as a crime of the week on local news channels. Flyers were passed out and posters were distributed to generate leads.

The case has been ruled a homicide; however, investigators speculate certain evidence could possibly be considered that Robert’s death was accidental.Homicide investigators are asking anyone with information concerning this case to please contact the APD Homicide Cold Case Unit at (512) 974-5270 or Crimestoppers at (512) 472-8477. The Homicide Cold Case Unit can also be contacted by email.

Circumstances:  Austin Police officers responded to a disturbance that began inside La Rumba Night Club that resulted in the stabbing death of Luis Juarez Jaimes Rico. Rico was 21 years of age at the time of his death.

Rico was transported to Brackenridge Hospital where he was later pronounced dead.  The Travis County Medical Examiner has ruled Rico’s death a homicide.

Description of area and history:  La Rumba Night Club was primarily known as a Hispanic night club.  The area surrounding the night club consisted of various businesses and apartment complexes.

Suspect(s):  The witness to the stabbing described the suspect as a Hispanic male, with a bald fade haircut, between the ages of 26-30 years.

Vehicle (s):  An Austin Police officer who responded to the stabbing location, observed a vehicle leaving the scene at a high rate of speed.  The description of the vehicle was a Blue Kia Spectra, four door.

Investigation:  Austin Police Homicide detectives interviewed witnesses and patrons of the night club on the night of the murder and conducted follow ups. A witness to the disturbance inside the bar stated she was familiar with the suspect(s), but detectives believed she was not completely truthful.

It is believed that this female knows more about the incident than she was willing to reveal to detectives. The female was taken before a Travis County Grand Jury which was not productive.

It is believed Rhonda Martinez may know the identity of the suspect(s) involved in the disturbance with the victim on the night of the murder.  A press conference was given by Austin Police, including on the Spanish language station, Univision.Homicide investigators are asking anyone with information concerning this case to please contact the APD Homicide Cold Case Unit at (512) 974-5270 or Crimestoppers at (512) 472-8477.The Homicide Cold Case Unit can also be contacted by email. 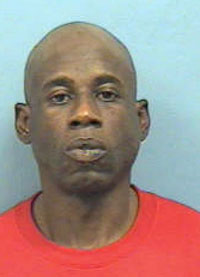 Circumstances:  Austin Police Officers responded to the apartment complex at 909 Reinli St. on a check welfare call. Upon arrival, officers discovered the decomposed body of a male, later identified as Samuel Jones. The victim sustained a gunshot wound. The Travis County Medical Examiner’s Office ruled this death a homicide.

Description of area:  This location is an established apartment complex.

Victimology:  The victim was born in Ohio and served in the U.S. Military. He was also known to have used alcohol and drugs.

Crime Scene:  The victim was found deceased in his apartment at 909 Reinli St. and died from an apparent gunshot wound.

Vehicle(s):  A witness stated he saw a “busted up” Monte Carlo leave the apartment complex. 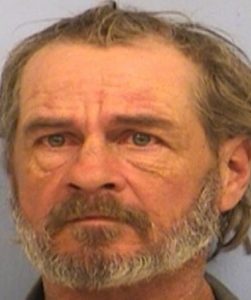 Description of area:  In 2011, the area of E. Riverside and S. Congress Ave. consisted of several businesses at this intersection such as the La Bare nightclub, Wells Fargo bank, a liquor store and TXDOT. The area was and is known for heavy pedestrian and vehicular traffic.

Victimology:  David Max Tucker was a transient who lived and frequented this area. He was 54 years old at the time of death and known to have abused alcohol. He was previously married and had an adult daughter. He was known to have his camp behind the Homestead Hotel located at S. 1St St. and Barton Springs Rd. David Max Tucker had been using crutches because he had suffered two broken hips prior to his death.

Crime Scene:  David Max Tucker was found deceased on the west side of the Labare nightclub, located at 110 E. Riverside Dr.

Investigation:  Austin Police Homicide detectives canvassed and interviewed several people, including homeless people who knew David Max Tucker. The victim was known to have stayed at the Howard Johnson Hotel, 2711 S. IH35, one week prior to his death but his campsite was behind the Homestead Hotel located at S.1st St and Barton Springs Rd.

The homeless population in Austin, Texas has always been large in scope and has increased as the years have passed. They are vulnerable to several conditions such as weather, health and mental issues, poverty and crime.

Austin ECHO is committed to ending homeless and the following is their current analysis:

With time running out, Texas Legislature still at impasse on GOP elections bill