Abbott signed Executive Order GA-38, which forbids local government entities from requiring individuals to wear face coverings. In a recent tweet, Abbott said he would take any school district that defies the executive order to court.

Just days before Hays CISD is scheduled to begin the 2021-2022 school year, Becerra announced a mask mandate based on the increase of COVID-19 cases and hospitalizations due to the Delta variant.

“The mutated, highly contagious COVID19 Delta variant, a spike in hospital admissions, including pediatric admissions, and the fact that children younger than 12 years old are not eligible to receive the vaccine, all led to the County Judge’s decision to issue the Executive Order,” as stated in the press release from the Hays County Judge’s office.

According to Becerra’s order, all students, staff and visitors over the age of two is required to wear a mask on all public K-12 school property and buses.

On Thursday, August 12 the San Marcos CISD approved a mask mandate with their Board of Trustees, but Hays CISD said they would not enforce a mandate, but “strongly recommend” mask use on their campuses.

“The governor has decreed that school districts cannot require masks at schools,” said Wright. “Last week, Hays CISD strongly recommended them. This week, the district is urging people to wear them at school. Some have reached out to the district asking that it defy the governor’s mask order. At this time, I believe that without any enforcement power, which the district does not have, we cannot actually “require” masks.”

On August 13, the US Secretary of Education Miguel Cardona wrote a letter to Abbott and Commissioner Mike Morath, stating that they supported districts requiring masks in Texas schools.

“Texas’s recent actions to block school districts from voluntarily adopting science-based strategies for preventing the spread of COVID-19 that are aligned with the guidance from the Centers for Disease Control and Prevention (CDC) puts these goals at risk and may infringe upon a school district’s authority to adopt policies to protect students and educators as they develop their safe return to in-person instruction plans required by Federal law,” said Cardona.

So far, Abbott has been blocked by temporary restraining orders by several of the Texas school districts mandating masks, blocking his executive order restricting mask mandates. This approach has been utilized by multiple counties, including Harris, Dallas, Bexar and Travis Counties. 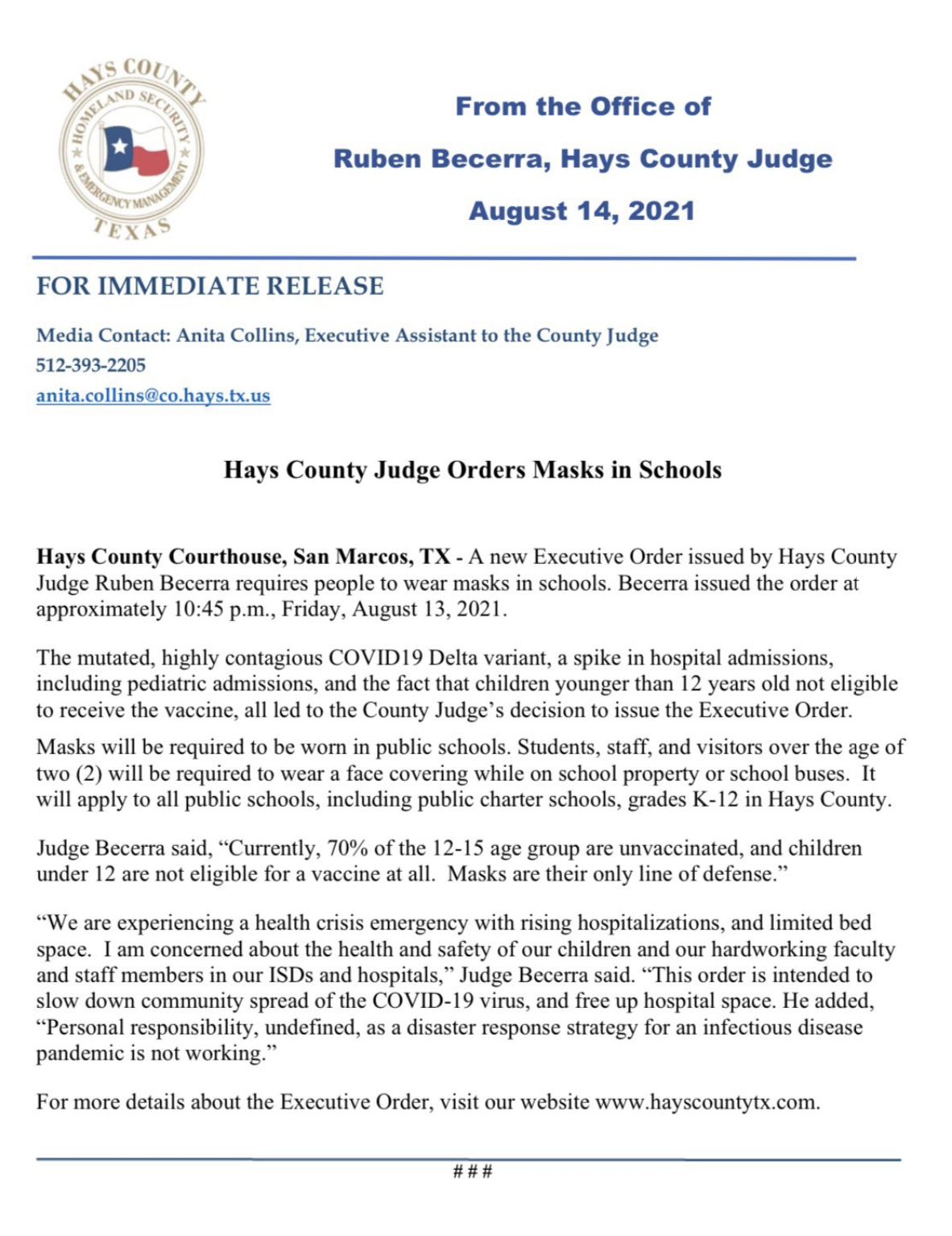 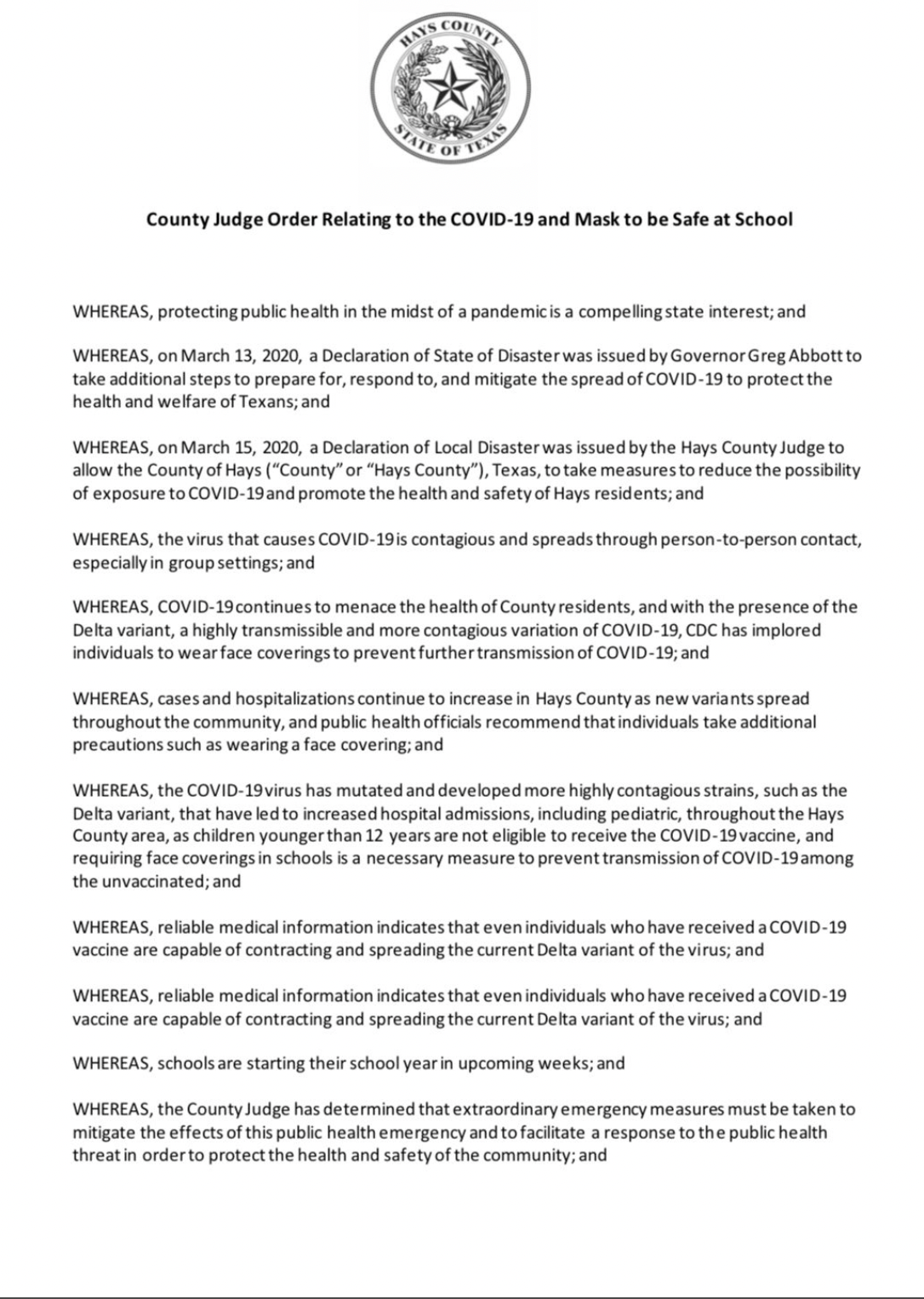