I am very excited to see what we’ll learn from this. In the middle school debates, both schools voted to keep the dam without even considering the historical significance of the landmark…

I am currently a junior at San Marcos HS and I am thrilled to share my enthusiasm over a landmark San Marcos. As one of the longest inhabited areas in the US, we can all agree that the history of San Marcos is rich and interesting. One of the earliest establishments of our town lies on our river; Cape’s Dam.

My passion for the dam was sparked after a middle school debate a little over three years ago. The students were tasked by the city to reach a conclusion on whether the dam should be removed or restored. Fortunately, the grade incentive gave me much more motivation to dive into the deep waters of the internet… and become interested in things that I might not have been before.

Our schools had debated the pros and cons of dam removal extensively. Our main points of focus were on the habitat of the river, recreational potential of the area, safety, and the economic impact Cape’s Dam could make. Sadly, the history of the structure was never discussed! This is why I write to you today.

As it turns out, Cape’s dam can help to explain how early San Martians utilized technology in the first industrial movement of Hays county. The construction of the dam in 1867 extended the slough in order to power a gin. The railroad did not reach San Marcos until around 1880.

Because of this, people needed mills because it helped them to do things like power a cotton gin, cut lumber or rock, or to grind grain into flour.

After its construction, commerce in the area grew because of these commodities. San Marcos had nearly a dozen mills during this time. The dam was actually constructed as a weir. This means that the dam did not greatly affect the water flow in the main channel and the gins downstream were powered effectively.

It was created using an already existing slough that fosters three islands. Nowadays, we know these as Thompsons islands, named after the lands original owner; William Alexander Thomson.

Cape’s Dam got its name from its subsequent owner; John Matthew Cape. At its highest potential, the millrace could power a city park… using water power. I love to imagine the types of things we could create with this kind of technology.

In 1985, the National Park Service decided that Cape’s Dam and the millrace were eligible for the National Register of Historic Places.

In 2018, the topic of its recognition is back up for discussion. I am very excited to see what we’ll learn from this. In the middle school debates, both schools voted to keep the dam without even considering the historical significance of the landmark.

The land owner at the time requested that Cape’s Dam not be listed on the National Register of Historic Places. However, the Texas Historical Commission still deems Cape’s Dam eligible to be listed!

Thank you for taking the time to read my letter on Cape’s Dam. I hope you have found interest in this San Marcos treasure, as I have.

The fate of Cape’s Dam is important, but the debate should not influence the decision at hand: Does Cape’s Dam deserve to be recognized as a historical landmark for the beginning of our community? …I believe so. 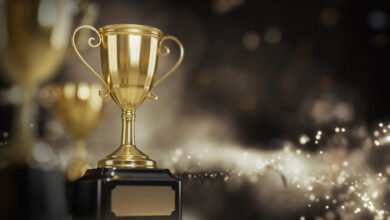