HOUSTON – Last week, the Senate Democrat Caucus sent a letter to Governor Greg Abbott and copied to Lt. Gov. Patrick urging the immediate removal of Confederate monuments and symbols displayed in buildings and on the grounds of the Texas Capitol.

Last week, I received a letter from the Senate Democrat caucus addressed to the Governor and copied to members of the Texas Senate and my office urging the removal of all Confederate monuments and symbols displayed in Capitol buildings and on the grounds.
.

I am responding to your letter as President of the Texas Senate. We know the issue of slavery is painful to everyone. It was a sad chapter in our history. But we also know that most Texans do not support erasing our history by the removal of monuments and symbols.

As you know, Senate Republicans attempted to address this issue in 2019 with Senate Bill 1663 by Senator Brandon Creighton, R-Conroe.

In your letter, you state that your previous request for a task force to look at monuments reflected your “sincere objective … to start a serious conversation about how best to honor Texas history in a way that is historically accurate and culturally appropriate.”

SB 1663 was serious legislation and demonstrated a sincere effort by Republicans to address this issue. But after hours of debate, not one Democrat voted for SB 1663, which would have given the state a pathway for a thorough and thoughtful review of monuments and symbols.

SB 1663 passed the Senate, but died in the House, largely because Democrats opposed bringing the bill to the floor. Instead, the only solution you offer is the one articulated in your current letter — to tear down every monument, take down every portrait, and remove all symbols that you don’t like without any discussion. That is not a “sincere” or “serious conversation.”

After the long debate on SB 1663, I offered to Senator Creighton and Senators Borris Miles, D-Houston and Royce West, D-Dallas, who carried much of the floor debate for the Democrats, to hold a hearing in the interim to specifically study exactly who placed many of the historical paintings in the Senate Chamber, when they were placed and why, as that was a focal point in the debate.

I scheduled that hearing for December 2019. However, Senator Miles was unavailable at the time, so we postponed the hearing until early 2020 out of respect to him. Because of the pandemic, all Senate hearings have been on hold.

I’ve assured members we will have that hearing on the historical paintings in the Senate Chamber before the next session, as promised. I will schedule it after November 3rd so election-year politics will not intrude on the discussion.

Your letter also states, “the Texas Capitol should reflect the highest ideals of liberty, fairness, and unity.” You go on to say, “it is no place for statues and paintings that edify injustice and divisiveness and we must recognize that our state’s history is replete with discriminatory policies.”

I recognize that in every country in the world and every state in our nation, there are periods of injustice and inequality in our history that we lament. But I believe that it’s what we have done as a nation, and as a state to correct those injustices, that define us.

Texas history is not perfect, but we have much to be proud of and we have come a long way. As Texans, we know we must always strive to be better.

In terms of Texas history, I also believe it’s important as we enter this “serious discussion” that your party acknowledge that it was Democrats, not Republicans, who controlled the levers of government when these monuments were placed and paintings were hung.

Republicans did not take control of all statewide offices and both chambers of the Legislature until 2003.

The discriminatory practices you describe in your letter were passed by Democrats, not Republicans. You include a long portion of Texas’ letter to secede from the Union in 1861.

It was written by Democrats. No Republican signed it. Republicans, led by President Abraham Lincoln, fought and ultimately died to bring about an end to the ugly and awful chapter of slavery in our nation.

Democrats voted for, and in some cases paid for, and built all of the Confederate monuments at the Capitol and decided on all of the paintings in the Capitol for most of the state’s history.

I believe the last time a decision was made on the paintings that hang in the Senate Chamber was after the 1983 fire. The Lt. Governor was a Democrat and Democrats held an overwhelming majority of the Senate seats. The cruelty and injustice of slavery were as clear then as it is today.

Where was the outrage or concern about these monuments and paintings when Democrats controlled virtually everything in the Capitol, on the Capitol grounds, and in the Senate Chamber? They could have been taken down at any point. They were not.

Since Texans elected Republican majorities in the Texas legislature, two monuments were completed and added to the Capitol grounds — the African American History Memorial and the Tejano Monument.

Republicans joined with the Democrats who began the process for these monuments and it was Republicans who made sure both projects were completed. They are two of the largest and most beautiful monuments on the Capitol grounds.

If you are truly sincere about a serious discussion, then you need to openly examine the role Democrats have played in our state’s history on this issue. It is time to be transparent.

A first step in addressing these issues is for Democrats to acknowledge that it was your party who carried out those past discriminatory policies and injustices and who built those monuments and hung those paintings.

Though we make these decisions on principle, it is important to note that in poll after poll, the majority of Texans, including many people of color, do not want us to tear down our history, especially in the middle of the night, or out of political correctness.

They want us to learn from our history, so it’s never repeated again and to find a way to address this painful chapter in civil discourse.

Is there a way where all concerned can find common ground to address the issues you pose in your letter and at the same time not erase history?

I firmly believe we can. But, sending a letter urging us to tear down everything that your party built over the years, implying that Republicans are at fault, is neither a path forward nor a solution that the majority of Texans want.

At the end of your letter, you state that the Democrat Senators stand in solidarity against racism and all forms of discrimination.

Let me assure you that I and every Republican in the Texas Senate also oppose racism in any form.  Sincerely,Texas Lt. Gov. Dan Patrick

Download a typed version of the Succession Declaration below from the Library of Congress. 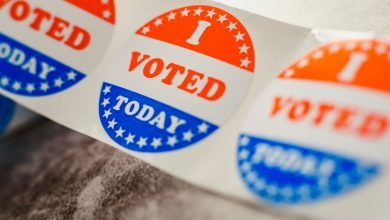