While our community is having to deal with an unprecedented global pandemic that has reached us locally, we find our elected officials on the verge of passing an ordinance that will make our community stand-alone among 352 home-rule cities in the state of Texas.

In every community I researched, there were always multiple stakeholders and interested groups, including law enforcement, that came together to help formulate the new municipal and county policy.

During the same research, I found nothing resembling the level of caustic discourse on local social media, and in the pages of our area online and printed media.

In a federal system of justice, there are federal criminal and civil statutes, and each of the states, through their representative government, provide the same. An advantage of federalism is that state governments are closer to the people; thus, state statutes are able to be more reflective of the values of the whole state.

Texas, since its Statehood Constitution of 1845, embraced not only limited government but local controls. State transportation policy was, for decades, under the authority of each county.

Our education system has long been based on individual school districts, and state controls have only grown in terms of accountability and more equity in funding school districts.

The point is that in Texas, our government has only recently become more involved in limiting local measures. State officials have been eyeing a more uniform statewide vision of Cite & Release.

Again, the state has a reputation of never moving quickly on meddling into local jurisdictions until recently. We have a history of both limited government and local autonomy, especially in home-rule charter cities.

At issue here is a Cite & Release policy highly promoted by a local group, Mano Amiga, that has a determined goal of defining a new idea of justice when it comes to existing state criminal misdemeanor laws and their implementation by law enforcement.

This new idea of justice we call social justice is not new. A democracy is defined by popular sovereignty, political liberty, and political equality. We all know it is political equality that has been the most difficult to achieve in our system of government.

Here, social justice is used to foster social reform through municipal intervention in creating an ordinance, the only one of its kind in Texas, that lacks a thorough, voluntary exchange of ideas among existing institutions of government, including the County of Hays.

One group, Mano Amiga, vigorously pushing its definitions and provisions in the ordinance uses social media to not only promote its vision of social justice reform, but at best, seeks to diminish the opinions of the office of the District Attorney, the San Marcos Police Officers Association, elected magistrates, and some citizens.

At the same time, they seek to push an ordinance through final passage before the county government completes its planning and implementation of policy reform. Furthermore, the 1st reading included only a virtual meeting where a recently resigned member of the council cast a vote.

Can you really tell me that the citizens of San Marcos, Texas, are currently in the position to readily participate in the process of a controversial ordinance at this time?

The current debate revolves mainly on the idea of “discretion.” Discretion is not something that is purely arbitrary and subjective. There are rules and procedures that were identified by the chief of police, magistrates and the district attorney.

To one group, using one set of statistics and an emotional outcry at the dais bore out the necessity to draft a municipal ordinance to its liking. But we are in a new data-driven era.

The San Marcos Police Department provided its own detailed statistics. I would think any stakeholder would agree that in any new policy formulation an agreed upon set of data would be best generated by voluntary cooperation.

Like other counties and communities, I suggest the passage of only a “resolution” and the creation of a pilot program, resembling El Paso and San Antonio, or Nueces County, for example.

In the field of public administration and congressional studies, discretion refers to the flexibility of judgment and decision making that is allowable in the implementation of policy.

In this potential ordinance, opinions differ, but one interest, Mano Amiga, is determined that its own written contributions to the ordinance through an ad hoc city council created committee that did not even meet for three months is ready to move forward right now.

Yes, one can argue that the debate over a new vision of Cite & Release has been ongoing since late 2018. Still, as I understand, the origins of the debate revolved primarily around marijuana arrests, cite and release, and field diversion for class C misdemeanors.

“The New Public Service (NPS) emphasizes public participation in the political process. One of the best ways to achieve this is through discretion, mostly with street-level administrators. Discretion enacted on this level helps the administrative state become an arm of a country’s democratic demands. For the NPS to administer discretion correctly, an organization must have a free and open form of hierarchy within the organization. This allows people faced with complicated problems to create unique solutions. The bottom-up approach here lets street-level administrators respond to citizens’ problems directly, rather than moving issues up the chain of command.”

“Reports show that citizens who interact with administrators view the conversations as one-sided. Administrative discretion and organizational democracy create a dialogue between the administrator and the citizen, potentially restoring faith in government while increasing participation. The NPS, in its desire to create public participation in the administrative process, must accept that organizational democracy is the only way forward. Public participation will come from people believing that their voices are heard, and their opinions matter. This leads to representative bureaucracy.”

I continue to question the necessity to move forward without collectively agreed upon coordinated city and county policy formulation and agreed upon enhanced & detailed data collection in the future, as well as more public debate that includes not only the largest number of opinions possible but a much clearer vision of crimes against property under the theft provisions of the ordinance.

Nueces County that includes Corpus Christi, began the first Cite and Release program April 24th, 2019. According to news reports citing Nueces County district attorney’s figures, the county issued 371 Cite and Release citations the first ninety days of the program, saving the county $30,000 in incarceration expenses, and that figure may reach $90,000 in a fiscal year.

There is likely no one reading this that would have much disagreement with figures like these if they were similar in Hays County. But notice this program is with the cooperation of the county government and the office of the District Attorney.

In expressing that Nueces County is rolling out a program that is the first of its kind in the state, a quote from the Nueces County Judge is noteworthy, “And here’s the most important part. The law officer who is the arresting officer will be able to make the absolute decision as to whether or not this offender goes to jail or receives this citation.”

Are Hays County government and the District Attorney’s office outliers in the “Cite and Release” policy formulation at this time? Notwithstanding the “200 joints” portion of the Hays County District Attorney’s letter to the editor, there were significant valid concerns that very few of us outside of the criminal justice system may have understood well enough.

But let’s forget we are experiencing the fear of acquiring a potentially deadly virus. Forget that we are encouraged to stay-at-home, and so many businesses are closed or barely hanging on. Forget that unemployment is becoming ever more hurtful. Forget that our city’s municipal budget will be severely damaged by this pandemic. Forget that some “Cite and Release” crimes really do have victims. Let us quibble over discretion and “only” in a policy debate dominated by Mano Amiga.

A pluralist society relies on a diversity of interests to help formulate public policy. A pluralist believes that it is the debate, bargaining, and compromise among interests that helps formulate effective democratic policies.

Political Scientist E.E. Schattshneider once wrote that the narrower the “scope of conflict” in decision making, the less democratic. Conversely, the wider the scope of conflict, the more democratic the policymaking process becomes.

I do not believe, at this moment, we have met that “wider scope of conflict” on such an important issue. Does the debate have to be narrowly tailored to an ordinance?

Finally, I think it is essential to look at the three members of the current council that, in agreement with “cite and release” as a policy issue of importance, have had enough serious concerns to vote against “cite and release” as a municipal ordinance on first reading. Their years of experience on boards, commissions and on the dais during a great many policy debates should not be unrecognized.

I support a vision of “Cite and Release” that is the product more representative of the city and county as a whole, and in the form of a data-driven pilot project or “resolution.” 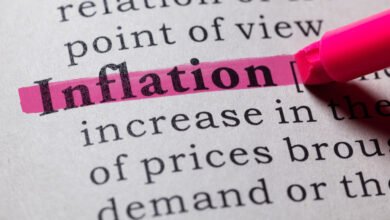