*This article has been corrected. According to the city manager, the resolution 2019-138R amends resolution 2015-177R, which prohibited only open carry in meetings, to prohibit concealed carry as well. However, the resolution used the terminology persons licensed to carry whether concealed or openly. We apologize for our error and any confusion it may have caused.”

On Tuesday, the San Marco City Council voted to postpone a decision on a resolution forbidding persons to carry a handgun into an Open Meeting subject to the Texas Open Meetings Act.

Resolution 2019-138R would amend Resolution 2015-177R made by council in December 2015, which prohibited open carry into a room where a meeting of the City Council or a City Board, Commission or Committee, to include the prohibition of concealed weapons.

According to Bert Lumbreras, the resolution to prohibit concealed carry was part of a recommendation made by staff to improve security in, particularly City Council chambers.

Lumbreras noted that the resolution only forbids the carrying of concealed weapons into a room where a meeting is being held and does not include the entire facility.

Michael Cosentino, City Attorney, said the city did not have the authority to forbid a weapon, concealed or otherwise, from being carried into a city building under Texas law. However, the law did give them the authority to take action to forbid the carrying of weapons into areas under certain circumstances.

The resolution only applies to meetings which must be posted with a public notice under the Texas Open Meetings act and while the meetings are in session.

“I can see why many people in our community might think an action such as this might be passing an ordinance,” Council Member Ed Mihalkanin said. “If it is passed as an ordinance, we would have two readings; it would go over two votes, and it would go over a month’s time period. But with this being a resolution, if the council votes on it tonight, it’s now. This is the action that will be taken.”

Mihalkanin said with it being summer and residents preparing for the new school year, he felt the item needed to have an extended discussion so everyone knew what the concern was and how it was related to the item that passed in December 2015.

Mihalkanin made a motion to postpone until the next regularly scheduled meeting to allow residents more time to provide feedback on the topic.

The motion passed 7-0, and the resolution regarding an amendment prohibiting persons licensed to carry from carrying concealed weapons during an Open Meeting of the San Marcos City Council or city board, commission or committee will return on August 20. 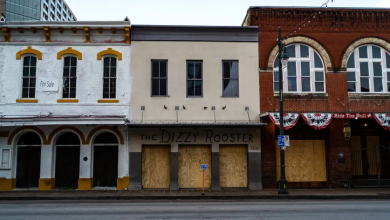