In the past several of years, the City has been bombarded with requests for various incentive request from developers for financing mechanisms that will facilitate the development of their projects.  From TIF’s to TIRZ’s to PID’s to MUD’s, financing incentives are quickly becoming commonplace for new developments. But while they may be common place for developers and City staff, what do these various acronyms mean in laymen terms and what impact to they really have on us as citizens.

While there are numerous various incentive tools that the City has approved over the years, the most recent requests for consideration have been for an increase in the existing TIRZ for Paso Robles, various PID’s including ones for Walton Texas’ Gas Lamp District and La Cima San Marcos, and most recently the Council issued their consent for a MUD for Walton Texas’ Cotton Center Development.  So what do all these acronyms really mean?

A Municipal Utility District (MUD) is a financing tool that creates a political subdivision authorized to issue bonds for utility infrastructure to provide water, sewage, streets drainage and other services within the MUD boundaries.  Typically, a MUD is created by the State Legislature or the Texas Commission on Environmental Quality (TCEQ).  A developer will petition for creation of the MUD and, once created, will begin development on a property.  Upon approval by the TCEQ and acceptance of approved infrastructure, the MUD will issue bonds that are used to reimburse the developer for a portion of the approved costs for the infrastructure improvements.  The MUD bonds are paid off through the collection of a property tax assessment that is issued against all properties within the district.  Areas within a MUD cannot be annexed by the City until a certain percentage of the outstanding bond amount has been paid off.  In essence, the developer is reimbursed through bonds that are paid off by taxes collected within the District and the MUD cannot be annexed by the City until the majority of the outstanding MUD debt has been retired.

The City has recently dealt with three (3) different financing mechanisms for three (3) different development projects.  In September, the City approved an amendment to the Lazy Oaks Ranch Development Agreement, now known as La Cima San Marcos.  The primary purpose of this amendment was to add additional adjacent land to the existing project; however, the La Cima developers also included a request for a PID.  The City has previously looked at PID’s for several other projects but has never supported creation of a PID.  Unlike previous developments, the developers of La Cima received approval of their PID through Hays County and not the City.  This is the first known instance of a County sponsored PID in the State of Texas.  This development and the proposed PID received much scrutiny and hesitation for support from the City Council.  While it ultimately received unanimous approval, the approval of the revised Development Agreement seemed to expose numerous misunderstandings of PID’s by the City.  The County, on the other hand, was willing to work with the developer to make this project a success.

At the same time that La Cima was getting their amended Development Agreement, the City Council quietly, but unanimously, approved an increase in the Paso Robles TIRZ.  Originally approved in 2010, Paso Robles had an existing TIRZ worth $20 million.  The City Council unanimously approved a $10 million increase to the Paso Robles TIRZ for a total reimbursable amount of $30 million.  In less than a minute’s worth of discussion at their September 2nd meeting, the City Council approved giving away $10 million dollars worth of tax revenue to be generated on the property.  Tax revenue that would otherwise have gone into the City’s general fund to support operations.  So the City Council approved giving away $30 million in potential tax revenue for a project that has yet to turn a shovel in the four (4) years since its initial approval.

Most recently, the City Council issued its consent to the approval of a MUD for the Cotton Center Development by Walton Texas.  This MUD will comprise approximately 2,400 acres and will include major roadway improvements as well as a variety of land uses including single family, commercial and a large area of industrial.  Walton Texas will be seeking creation of the MUD through the State Legislature and will be seeking all powers allowed, including road powers.  While the City Council unanimously issued their consent to the creation of this MUD, the City’s consent came with a substantial cost to Walton Texas.  In accordance with the Consent Agreement, Walton Texas will be responsible for paying the City an administrative fee of $170,000 upon final approval of the consent agreement (2nd reading to be on the next Council agenda) and an additional $1.7 million master development fee.  In reviewing the City’s Code, specifically Chapter 70 related to the creation of Special Districts, we were unable to find a requirement for a “master development fee”.  We were able to identify an “administrative fee” which includes an initial $5,000 fee as well as a requirement for reimbursement of any expenses “…incurred by the city in connection with the city’s consent to formation of the district…”.  While these fees appear to be questionable, the consent agreement is a negotiation and the City and Developer may agree to any terms that have been negotiated.

While there are numerous financing incentives available for the City to negotiate, these three (3) appear to be the most commonly used ones for current development projects.  And whether you support incentivizing development or not, each method has its pros and cons and we can only hope our City leadership, at all levels, fully evaluates and scrutinizes each and every development on its own merits and makes its decisions based on what is truly best for our City.  After all, isn’t that what they’re elected to do. 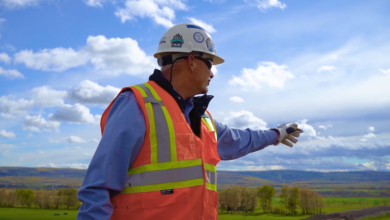 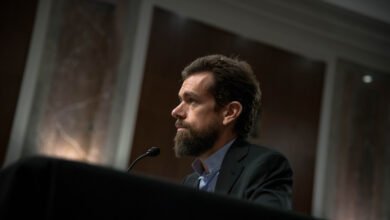 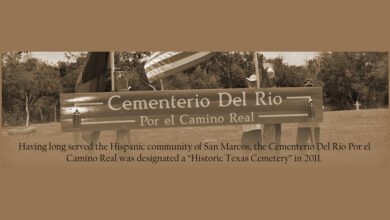