SAN MARCOS – After months of preparation, ‘Lady Bird: First Lady of the Land’ is set to debut Thursday, April 28 at Texas State University.

The opera opens amid chaos with the swearing in of President Lyndon B. Johnson after the assassination of President John F. Kennedy.

“That was a pretty shocking thing,” Composer Henry Mollicone said. “I was a high school kid then, and, you know, Kennedy was like everybody’s hero, especially the young men.”

Mollicone and Pulitzer Prize winning librettist Sheldon Harnick were commissioned to author and compose the opera, which will run at the Patti Strickel Harrison Theater April 28 through May 1. Tickets can be purchased through Texas State Presents.

Mollicone said he became involved in the project after School of Music Director Samuel Mungo suggested that he and Harnick write a piece about a famous Texas woman. Harnick and Mollicone previously collaborated on Coyote Tales, an opera that focused on Native American folklore.

Harnick usually researches the subject of an opera before agreeing to author a new project, Mollicone said.

“He did a lot of reading,” Mollicone said, “and said, I think there is an opera here.”

Harnick was awarded the special Tony award for lifetime achievement in theater.

The opera follows Lady Bird Johnson and her effort to pass the monumental Civil Rights Act of 1964.

“It’s a very, very positive, uplifting view of who she was,” Mollicone said. “She was quite an amazing woman.”

Mollicone said he focuses on the poetic style of the lyrics when determining which direction he wants to go with the orchestration.

“The words are my inspiration for what the music is going to be,” Mollicone said. “I spent my whole life with vocal music.”

The assassination of President Kennedy inspired him to create a piece that was noble and quiet as Johnson takes the oath of office, making it seem realistic to the audience.

“You have to make the music fit what the subject is,” Mollicone said, “and that’s the biggest challenge to writing an opera.” 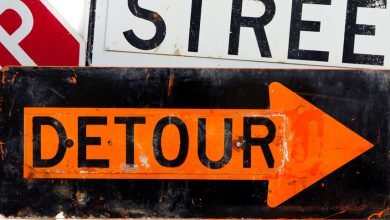 Weekly Traffic Impacts For Your Commute Around San Marcos