“Michael is a great addition to our staff,” Antoine said. “His ‘go get it’ attitude and passion for the game will help develop our student-athletes on and off the floor. His excitement to be a Bobcat is contagious and we are happy to have him as part of our family.”

Durrill will serve as the team’s Director of Player Personnel in addition to assisting the program’s current Director of Operations Abigail Whitling. Additionally, he will help current assistant coaches Nathan Teymer, Jericka Jenkins and Paige Love with film and video work.

Durrill will also assist each support and coaching staff member in the development of the Texas State women’s basketball student-athletes.

“I am blessed to have this opportunity and thankful to Coach Z, the staff and the student-athletes for giving me a chance,” Durrill said. “I am excited to see what we can accomplish as a program in the upcoming basketball seasons both on and off the court! Go Bobcats!”

Durrill, a Brighton, Colorado native, comes to San Marcos from Lynchburg, Virginia, where he recently completed a Master’s program in Executive Leadership at Liberty University. He also earned a four-year Bachelor’s degree in Sport Management while attending Liberty.

During his time at Liberty, Durrill most recently served as a graduate assistant for the Liberty University women’s basketball program. In this role, he put together opponent scouting reports, assisted coaches in all individual workouts and assisted with travel planning in addition to numerous other tasks. 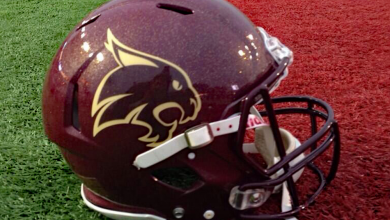