Homicides spiked across all the major cities in Texas in 2020 regardless of whether or not local governments increased or decreased police department funding, city data on crime indicates.

All five major cities in the state reported dramatic increases of homicides in 2020. Only Austin and Dallas decreased police department funding, redirecting it elsewhere.

In 2020, Austin homicides increased to the highest the state’s capital had seen in 20 years.

Dallas ended 2020 with 251 murders, the highest murder rate it reported in 15 years.

In San Antonio, homicides increased 22% to 128 from the previous year of 105, after experiencing a three-year drop.

The Wall Street Journal reported that Austin, Fort Worth, and San Antonio had the first-, third-, and fourth-highest homicide increases in the U.S. in 2020.

It analyzed crime trends nationwide, reporting that while the murder rates were still lower in major cities compared to previous decades, homicides were up 24% in 36 of the 50 largest cities in 2020.

The Urban Reform Institute points to a New York Police Department chief who argued that “the pandemic lockdowns, the ongoing civil unrest, police budget cuts across the country, and, to a lesser extent, bail reforms efforts,” all created “a perfect storm for these issues nationwide.”

Not one factor can be attributed to the rise in violent crime the Journal notes.

“Police, researchers, mayors, and community leaders see a confluence of forces at work in the homicide spike,” the Journal reports. “Institutions that keep city communities safe have been destabilized by lockdown and protests against police. Lockdowns and recession also mean tensions are running high and streets have been emptied of eyes and ears on their communities. Some attribute the rise to an increase in gang violence.”

Two days before Christmas, Abbott also announced legislation had been drafted to put the Austin Police Department under state control. The announcement came after the city saw a spike in violent crime following a city council vote to defund the police department by roughly one-third.

After Austin’s vote to defund the police, Abbott issued a warning to city leaders: “Any city that defunds its police department will have its property tax revenue frozen at the current level. Defunding the police puts Texans in danger and invites lawlessness into our cities, and cities that endanger their residents should not be able to turn around and raise more taxes from those same Texans.”

According to the draft legislation Abbott announced in December, state control of police departments—not just Austin’s— would only apply to municipalities with populations of 950,000 or more and a ratio of fewer than two police officers per 1,000 residents. In these cases, the governor would issue a public safety threat declaration due to insufficient funding of the police. 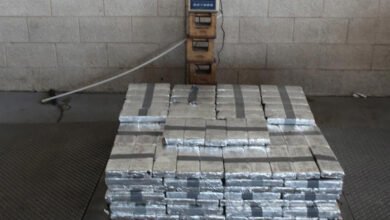