Mark James Stevens, 41, of Buda, Texas, was convicted today, July 14, 2021, for the murder of Brandon Fontenette. He was sentenced to life in prison.

During the jury trial before 428th District Judge Bill Henry, which began on July 6, the prosecution presented evidence that on the evening of July 25, 2018, Mark and Jeanette Stevens went out to the Railhouse Bar in Kyle, Texas, where they were introduced to Brandon Fontenette.

After drinking and socializing with Mr. Fontenette for about an hour, they invited him back to their residence in Buda.

There they continued drinking and this led to a consensual sexual encounter between the Stevens and Mr. Fontenette.

Mr. Stevens then killed Mr. Fontenette, strangling him, shooting him with a BB gun 13 times, and fatally stabbing him in the back.

Mr. Stevens then called his brother and discussed how to dismember and dispose of the body.

Mr. Stevens’ brother then told their father about their discussion and the father called 911, leading to police discovering Mr. Fontenette’s body in the Stevens’ master bathroom, and some of Mr. Fontenette’s belongings removed from his body and placed in plastic bags.

On July 13, the jury returned verdicts of guilty on murder and tampering with evidence.

Following a punishment hearing on July 14, the jury sentenced Mr. Stevens to life in prison for the murder charge, and ten years for the tampering. The sentences will be served concurrently.

The Hays County Criminal District Attorney, Wes Mau, complimented his prosecutors, the Hays County Sheriff’s Department, and the Department of Public Safety Crime laboratory
personnel for their efforts in piecing together the events that led to
Mr. Fontenette’s murder.

The Stevens’ case is the latest in a string of Hays County jury trials that have taken place since COVID-19 restrictions were lifted at the beginning of June.

It is the second murder conviction, following the conviction of Jimmy Lee Rhodes on July 6. Mr. Rhodes’ sentencing hearing is set for August 23 before 22nd District Judge Bruce Boyer.

This story has been corrected. An earlier version had the incorrect charge of “Capital Murder”. Hays County sends its apologies for any inconvenience this might have caused. 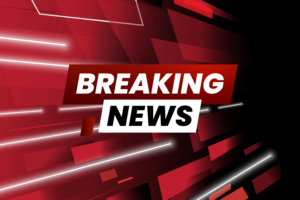