STATESBORO, Ga. (AP) – Senior guard Ike Smith scored 18 points and had the second of consecutive 3-pointers by Georgia Southern as the Eagles (7-4, 1-0 Sun Belt) scored the last 17 points of the game to escape with a 67-64 win over Texas State (7-5, 0-1 Sun Belt) in the Sun Belt Conference opener on Thursday night at Hanner Fieldhouse.

A three-point play by senior forward Eric Terry at the 2:43 mark and senior guard Nijal Pearson’s 3-pointer at 1:57 had put the Bobcats on top 64-60. But Ga. Southern’s sophomore guard Calvin Wishart quickly answered with a 3-pointer with 1 1/2 minutes left.

Sophomore guard Mason Harrell missed the front end of a one-and-one, leading to Smith’s triple at 1:07.

Texas State had a pair of turnovers, but the Eagles made just one of four free throws before Pearson’s 3-pointer at the buzzer was off target.

Terry had 17 points for the Bobcats, junior forward Isiah Small added 16, and Pearson had 11 points and a game-high seven rebounds.

The Bobcats end the conference-opening weekend vs. Georgia State at noon CT on Saturday, Dec. 21 at the GSU Sports Arena. The Panthers are 1-0 in conference play after defeating UT Arlington, 83-77.

On the team’s rebounding…

“We lost a heartbreaker primarily because of our rebounding. That [rebounding] has hurt us in losses to Houston, UTSA, and now Georgia Southern. We have to be tougher and more tenacious in that aspect of the game.”

For the second consecutive game, the Bobcats jumped out to a fast start and led for the majority of the second half until the Panthers ripped off 14 unanswered points with half of them coming at the free-throw line. Junior guard Corey Allen and sophomore guard Justin Roberts both scored 17 points for the Panthers and combined for eight of the team’s 12 3-pointers.

Senior forward Eric Terry led the Bobcats with 19 points (7-of-10) and was a perfect 5-of-5 at the free-throw line. Senior guard Nijal Pearson followed with 14 points and sophomore guard Caleb Asberry had 12 points in the setback. Terry and Pearson both led the team with seven rebounds.

In addition to Allen and Roberts’ 17 points, the Panthers had three other players score in double figures including Phillips (12), Williams (12), and Wilson (11)

KANSAS CITY, Mo. – Texas State senior midfielder Jordan Kondikoff was selected to the United Soccer Coaches Scholar All-America Third Team that was announced on Wednesday. She joins Kaylee Davis, who earned third team accolades last year, as the only players in program history to make one of the Scholar All-America teams.

Kondikoff is an exercise and sport science major with a concentration in pre-physical therapy. She has made the Dean’s List each semester at Texas State while holding a 4.00 GPA.

This season on the pitch, she found the back of the net two times and assisted on one goal from her defensive midfield position. Both of Kondikoff’s tallies came in the first half of a 5-0 win at ULM, while her lone assist was on Senior Day at the Bobcat Soccer Complex during a 3-0 victory over Georgia Southern.

Her performance this season on the field earned her United Soccer Coaches All-Southeast First Team and All-Sun Belt Conference First Team honors. Along with her strong academic work, she was one of a record three TXST players to be selected to the CoSIDA Academic All-District 7 First Team.

The Mesquite, Texas native concluded her Bobcat career having played 5,522 minutes on the pitch, which ranks eighth in program history, and 51 consecutive starts. Kondikoff totaled six goals, half of them being match-winners, and 11 assists for 23 points in her collegiate career.

SAN MARCOS, Texas – Tickets are now on sale for the Texas State baseball team’s 12th Annual Leadoff Diner, which will be the showcase event of Alumni Weekend.

The Leadoff Dinner will be held Jan. 25 at the LBJ Student Center Ballroom on the campus of Texas State University. The cocktail social mixer begins at 6:15 p.m. with the dinner portion of the event starting at 7 p.m.

The dinner brings together baseball alumni, Bobcat supporters, family, friends and the current team to raise money for Texas State Baseball and to help create excitement for the upcoming season.

At the dinner, the 2010 Southland Conference championship team will be recognized. More details on the event’s speaker will be announced at a later date.

Patrons will have the opportunity to support the team during its first official practice of the season (Jan. 24) and watch SWT/TXST alumni take the field in the annual alumni game (Jan. 25) during the weekend as well.

The 2020 season and the first under head coach Steven Trout begins Feb. 14 with a four-game series at Bobcat Ballpark against Stony Brook.

Pearson honored as Sun Belt Player of the Week

NEW ORLEANS – Senior guard Nijal Pearson was voted as this week’s Sun Belt Conference Player of the Week announced Monday afternoon by the league office. It is Pearson’s fourth career weekly honor and first for the 2019-20 season.

In the only game for the Bobcats this week, Pearson dropped a season-high 30 points vs. Bethany College. He shot 11-of-15 from the floor, including 4-of-5 from 3-point range. It was his second career outing with 30 or more points. Pearson also finished with six rebounds, three steals, two assists, and a block.

Texas State concluded its nonconference schedule with a 7-4 record, including a 6-1 mark at home. The Bobcats will open their Sun Belt Conference slate with four road games, beginning with a trip to Georgia. At 6 p.m. CT on Thursday, Dec. 19, Texas State will face Georgia Southern in Jonesboro, Ga. and end the week with a 1 p.m. CT tip on Saturday, Dec. 21 at Georgia State in Atlanta, Ga.

SAN MARCOS, Texas – Make it three consecutive years that Texas State has been represented by multiple student-athletes on the United Soccer Coaches Scholar All-Regions teams, that were announced on Tuesday. Jordan Kondikoff and Kaylee Davis were selected to the Scholar All-West first and second teams, respectively.

For Kondikoff, it is the first scholar all-region honor in her career. She has a perfect 4.00 GPA and is majoring in exercise science with a concentration in pre-physical therapy.

This year has seen the Mesquite, Texas native also received first team accolades for CoSIDA Academic All-District and All-Sun Belt Conference. On the pitch, she scored two goals and was credited with an assist from her defensive midfield position.

Davis became the first Bobcat to earn multiple United Soccer Coaches Scholar All-Region honors after being a first team selection last season. She holds a 3.77 GPA while majoring in food and nutrition.

The Allen, Texas native was a first team all-conference selection for the third consecutive season while also being named to the Senior CLASS Award Candidate List and MAC Hermann Trophy Watch List. 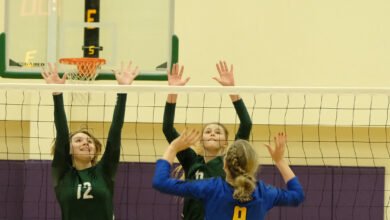