According to officials, TAP is working closely with the promoter to come to an agreement on the exact event location and layout, parking accommodations and other planning efforts.

The San Marcos Regional Airport has announced a new annual event coming to San Marcos in 2019.

On November 27, the city of San Marcos executed an agreement with Go Wheels Up Texas, LLC, for the purpose of hosting an airshow, car show, food festival and music festival in May each year from 2019 to 2023 at the San Marcos Regional Airport.

According to officials, Texas Aviation Partners, or TAP, is working closely with the promoter to come to an agreement on the exact event location and layout, parking accommodations and other planning efforts, and the airport has already begun the notification process with the Federal Aviation Administration and other necessary government entities.

In October of 2010, the City of San Marcos selected TAP to manage the San Marcos Regional Airport as a turn-key operation to include maintenance, administration, business recruitment, and development.

The inaugural event is scheduled to take place on May 3-5, 2019. While a full schedule of participants and musical acts isn’t available yet, officials did give a little sneak peek of the excitement to come.

The announcement said Kirby Chambliss and the Red Bull Air Force have already signed on to be part of the event.

Festivities will start Friday, May 3, with an exclusive Go Wheels Up! Texas VIP Take-Off Party at the airport, which will feature an invite-only concert by the event host, Morrow, and a few of his closest friends.

Sponsors and VIPs will have an opportunity to mingle with Morrow and meet the pilots who will be performing throughout the weekend.

On Saturday afternoon, visitors will see some of the most talented pilots from around the country take to the sky. The airshow will include skydivers, wild aerobatics and military “might” spanning the last century.

Morrow and his friends will return to the stage with performances from some of the “biggest names in the world of Texas Country and Rock & Roll.”

Sunday, May 5, will kick-off early with roadsters and more music. The event will include activities for children and families as well as food from local vendors and “stalwart Texas culinary traditions.”

The event website isn’t up yet, but car enthusiasts and music lovers can check out a short video and a little more information on the event here. 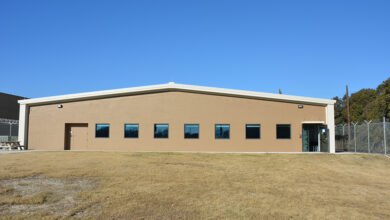 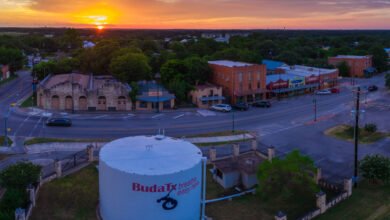 City of Buda to be Recognized as a Platinum Scenic City