Adora Anae and Carly Trueman led the Utes in kills with 14 and 11, respectively, while Berkely Oblad posted a .467 hitting percentage and nine kills.

Utah took the early advantage in the first set, jumping out to a 10-5 lead and forcing Texas State to use its first timeout. A .250 team hitting percentage helped keep the Utes in front, and the Bobcats called their second timeout while trailing by six, 19-13. Utah managed to stay ahead by at least five points for the remainder of the set.

The second set was a close affair, featuring four lead changes and seven ties. Texas State took its final a lead at 18-17 on a Utah service error, but the Utes scored four of the next five points to regain the advantage. Utah led 23-20 before back-to-back kills by Kirch tightened the match, but the Utes received two kills by Adora Anae to seal the 25-23 second set win.

The Bobcats took an early 12-7 lead in the third set thanks to a 7-2 run after Utah tied the match at five. However, the lead would be short lived as Utah scored seven of the next nine points to tie the set 14-14. The Bobcats regained the lead at 18-16 with a Bolden kill and Van Matts ace bookending a pair of Utah errors. Utah would tie the match 22-22 on an Anae ace and take the lead on a Oblad kill. Vas Matt and Alex Silver countered with a kill and ace, respectively, pushing the score to 24-24. Texas State tied the match again at 25, but Utah would count the final two points for the 27-25 set win.

Texas State concludes the tournament Saturday (Sept. 10) with a Noon (CDT) match against the host Pilots. 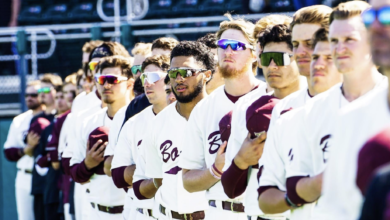 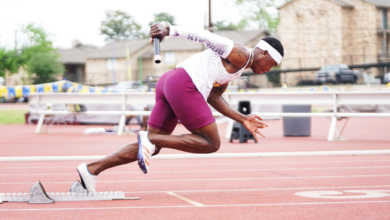 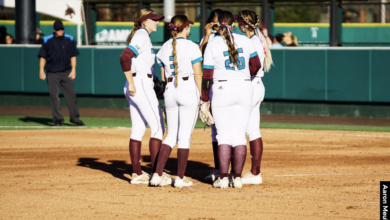 A Whole New World: Softball to embark on adventure that is the Sun Belt Championships 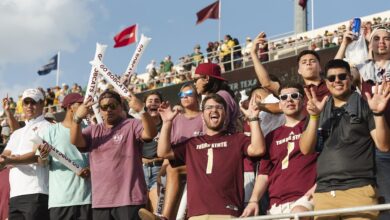