*Updated: This article has been corrected. US Congressman Joaquin Castro was initially misidentified as a congresswoman; we regret our errors and apologize for any confusion.*

During this time, Corridor News staff submitted two Public information requests to the City of San Marcos requesting the total amount of grant funding that had been given to San Marcos Cinema Club and what boards, commissions or committees any of their associates serve.

The City of San Marcos returned one of those requests late yesterday afternoon and the other Friday morning; the two requests have been included them below.

According to the grant funding contract section 8 of the City of San Marcos Arts Commission Art / Diversity Program Services Provider Contract, for grant funding, states, “The provider agrees not to use any of the funds received by the provider under this contract for any political activity, including any activity to further the election or defeat of any candidate for public office or any activity understand to influence the passage, defeat or final content of legislation.”

According to the contracts, the San Marcos Cinema Club – Lost River Film Fest is listed as the Provider.

In 2017 grant submission, the club noted its impact on individuals in the community included its advocacy against Senate Bill 4, which was “affirmed by consensus by our City Council when in August they opted to file an amicus brief in litigation against Texas.”

In 2018 coverage of the Lost River Film Festival, it was said in an article written by Mr. Buckley that the Cinema Club teamed up with a local advocacy group to program numerous new, independent films rooted in immigration narratives and documentaries.

Corridor News has covered several Cinema Club events in the past; the club was considered to be involved in the tourism side of San Marcos and therefore, coverage of the events was community news. No compensation was provided for coverage. 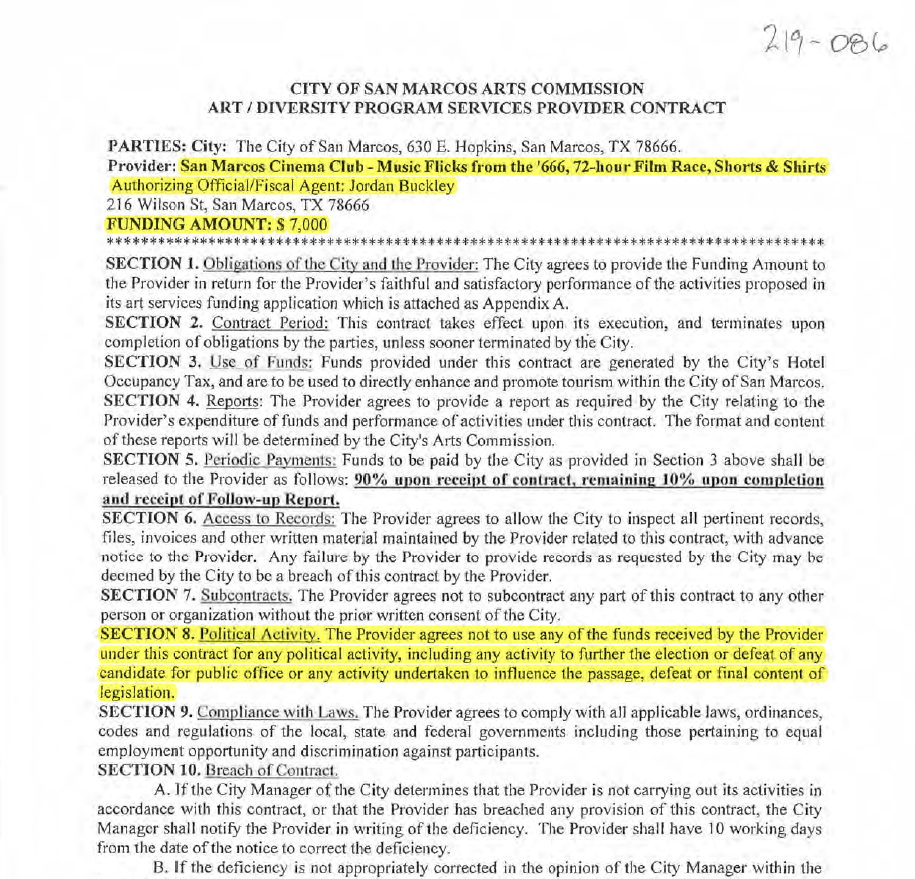 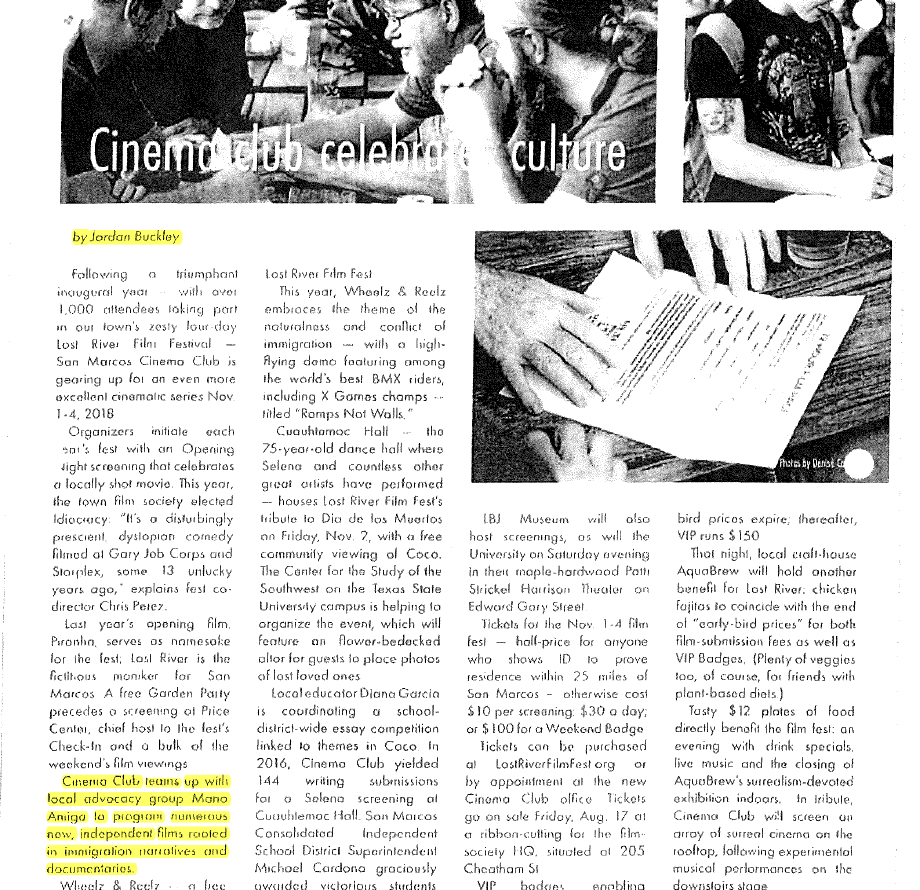 Board and Commission Attachments:

Sections of playscape to close at San Marcos Children’s Park