The San Marcos Ethics Commission met Monday evening at 5:30 pm to discuss the complaint in executive session that had been filed against council member Dr. Joca Marquez.

At 6:45 PM the Ethics Commission reconvened in open session and voted to move forward with an investigation into the complaint.

The San Marcos Ethics Review Commission will meet on Monday, Jan. 6, for a special meeting to review Complaint No. 2019-2 against a City Council Member.

The complaint was filed on December 11 against Dr. Joca Marquez regarding a violation of City Ethics Ordinance Section 2.421 (a).

Sec. 2.421. – Policy and purposes.
(a)    •General policy statement. It is the policy of the city that all city officials and employees shall conduct themselves both inside and outside the city’s service so as to give no occasion for distrust of their integrity, impartiality or devotion to the best interest of the city and the public trust which the city holds.

The complaint alleges that Marquez expressed bias against applicants that fit a certain profile in a tweet she posted on November 6.

The tweet was posted at 10:58 PM while Marquez was in the city council meeting and has since been removed.

According to the time stamp on the meeting’s video, the city council voted 7 to 0 to approve a purchase and sale agreement with Pursuant Ventures Development, LLC, for 30 near Centerpoint Road.

According to the complaint, Marquez posted the messages shortly after voting “against a project where the applicant fit this description and did not give significant reasons for her vote, thereby, introducing the prospect that the vote was based on her stated bias.”

The complainant alleges the content of the tweet opens the city to a lawsuit, especially from an applicant “fitting the description in the tweet but also in the event another applicant appears to have received favorable treatment based on their ethnicity to the detriment of others.”

The San Marcos Ethics Review Commission will convene at 5:30 PM on Monday in the City Hall Conference room; the commission will enter an executive session to discuss the complaint following roll call. 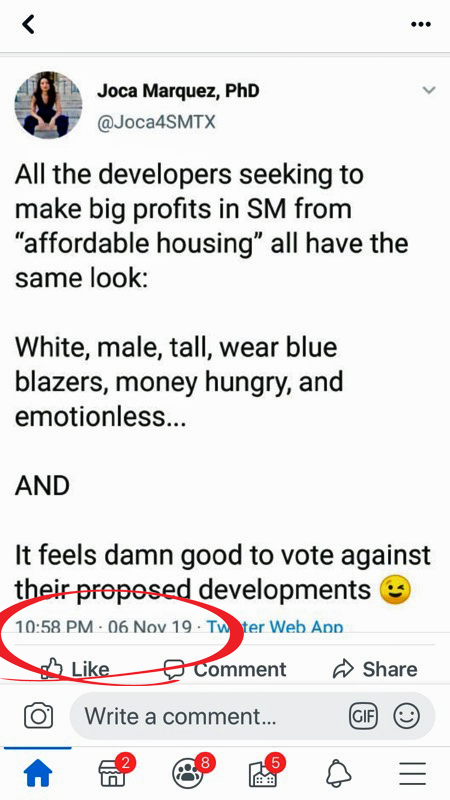 Other tweets Dr. Marquez has posted in the past, which have caused controversy with her constituents. 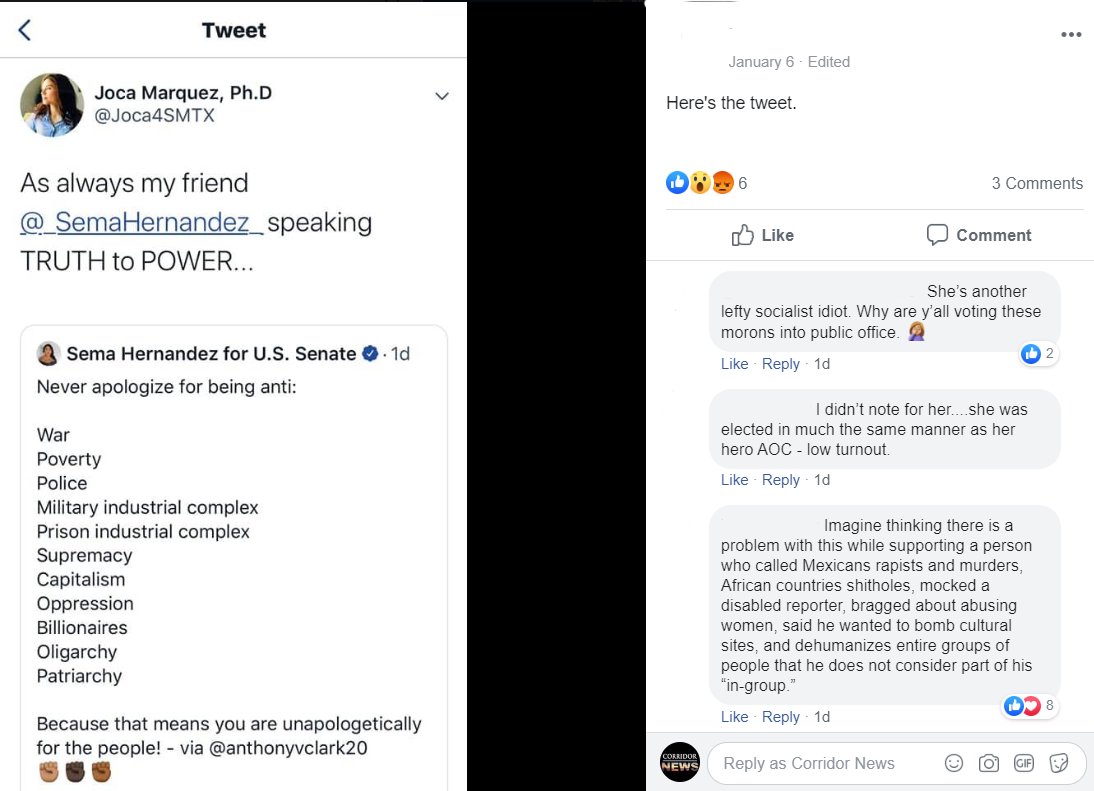 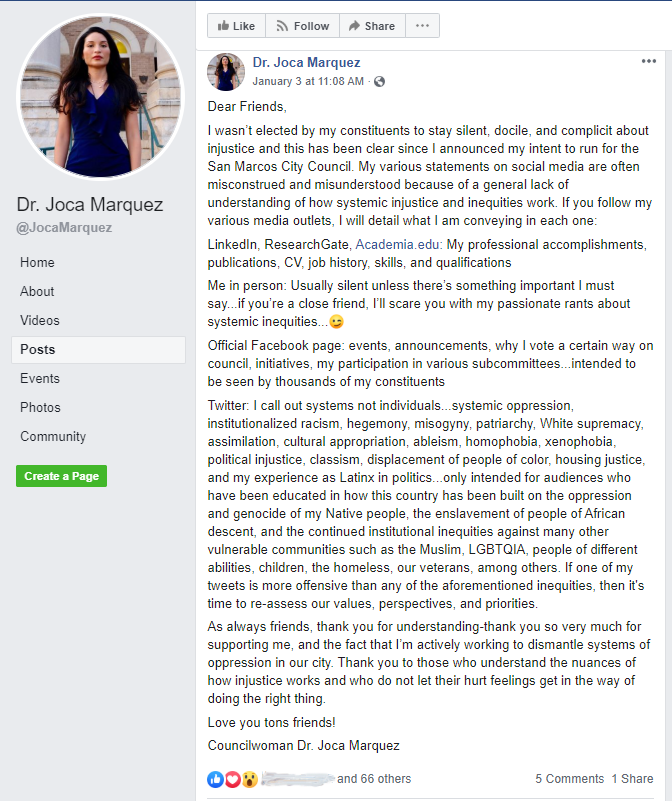